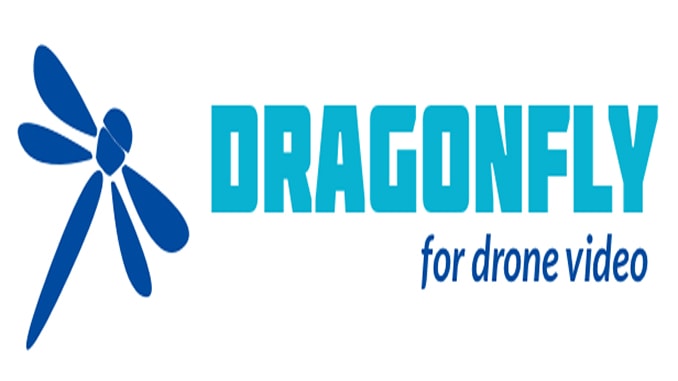 Memery Takes the Headache Out of Drone Video With Launch of Free Mobile App, Dragonfly

MEMERY, INC.  the global leader in location-based video apps, announces the launch of Dragonfly, the world’s first complete solution for drone video. The company also adds Darren Liccardo, DJI executive and drone technology expert, to its advisory board.  Available now on the App Store the launch kicks off Try Dragonfly in July. For the next month Dragonfly has special pricing that allows new users to lock in up to 50% off the cost of premium backup and storage packages, a sweepstakes to win a new DJI Spark, and video contests for prizes including a DJI Mavic Pro, DJI Goggles, and terabytes of free storage.

The advent of affordable, gesture-controlled drones has exploded the consumer drone community into the millions, but management and enjoyment of drone video remains out of reach to the average person. Point solutions such as mobile editing apps, storage appliances, and cloud-based file syncing services create a disjointed, frustrating and expensive experience. Dragonfly is the first and only app that provides a complete solution that can be used by everyone. 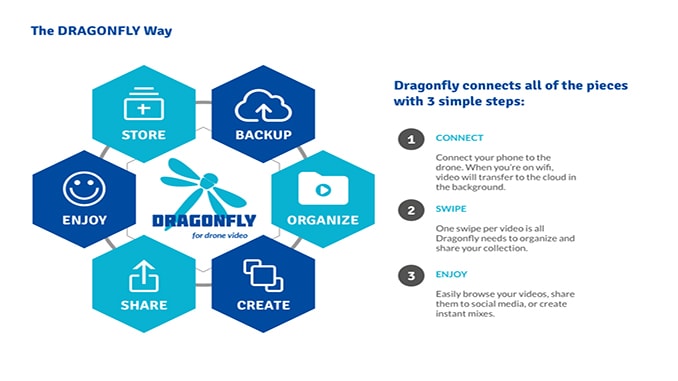 Dragonfly transfers video from a drone to a phone immediately after its flight without the need to remove the memory card.  The phone then transfers this video to the cloud in the background the next time it connects to WiFi.

Key features of Dragonfly include:

“With the introduction of industry-leading products like the DJI Spark, cutting-edge drone technology is now available to the rest of us,” said Chris Morace, co-founder and CEO of Memery.  “This has created a tremendous demand for a simple way to easily organize and enjoy drone video. Dragonfly offers a gorgeous experience and unprecedented ease of use—if you know how to plug in your phone and launch an app then you’re ready to go.”

Concurrent with the release of Dragonfly, Memery has added former DJI executive and co-founder of DJI’s Silicon Valley office, Darren Liccardo to its advisory board. Prior to that he was at Tesla Motors, where he was the electric car company’s director of autopilot engineering. As location-based video is being created by an increasing number of devices beyond the phone, Darren will use his deep background in sensors and robotics to guide Memery’s strategy to make the enjoyment of this video simple.

“Memery has clearly seen a future where we have many devices that are capturing our lives in new and innovative ways. I’m excited to help them in their mission to make the organization and enjoyment of video easy for everyone,” Liccardo said.

Memery is the global leader in location based video apps. The company is dedicated to the mission of making it effortless for everyone to appreciate and enjoy the action in their lives as it is captured across many devices.  Their apps are currently available on the Apple Store and include Memery for phone video and Dragonfly for drone video. Memery is backed by existing and former executives of Google, Facebook, Snap, Twitter, and Jive as well as reknowned investor Ron Conway.

No Replies to "Memery Takes the Headache Out of Drone Video With Launch of Free Mobile App, Dragonfly"