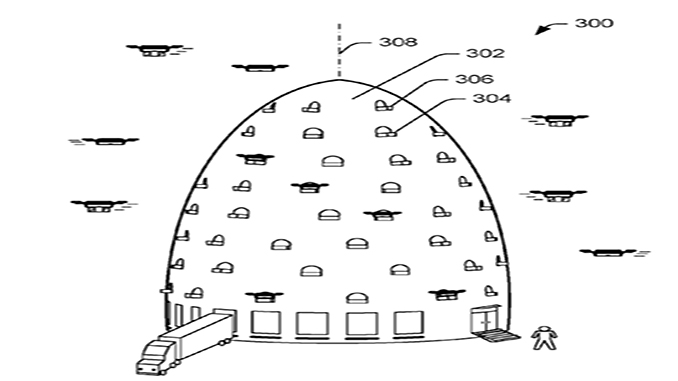 Amazon has applied to  patent a multi-level beehive-like tower that would deploy and receive delivery drones.

The patent was filed with the US Patent and Trademark Office and published on Thursday.

In the patent, Amazon describes the tower as a “multi-level fulfillment center for unmanned aerial vehicles”.

It’s likely that the tower would be particularly useful to Amazon in densely populated areas, such as Manhattan, London, and Tokyo. However, several regulatory hurdles would have to be overcome before Amazon could start building the towers, should it decide to push ahead with the idea for them.

The drawings in the patent filing look like they’ve been plucked straight out of a scene from a science fiction movie. 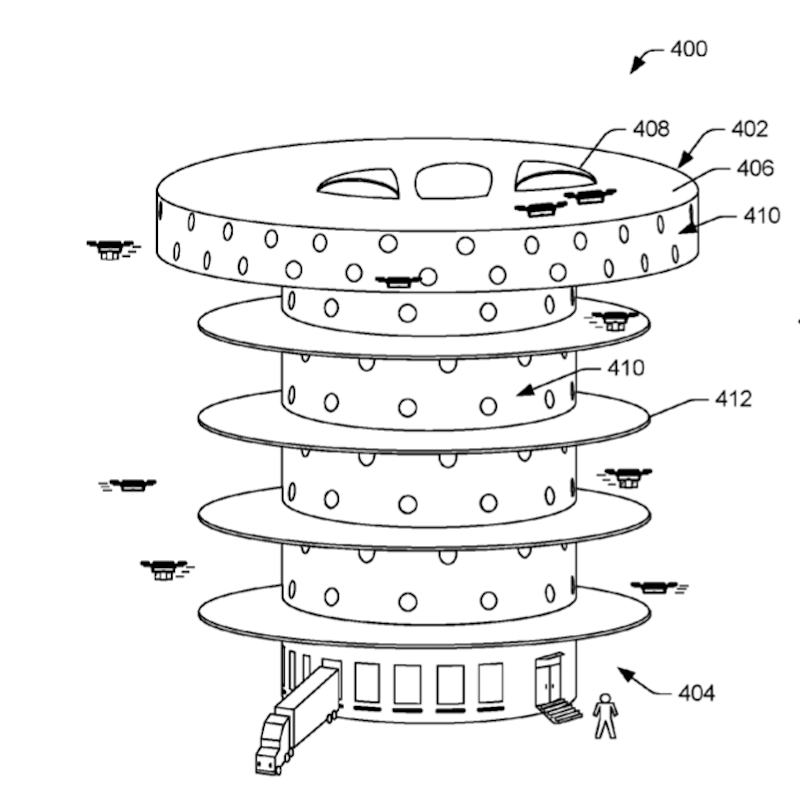 In the patent filing, Amazon writes: “A multi-level (ML) fulfillment center is designed to accommodate landing and takeoff of unmanned aerial vehicles (UAVs), possibly in an urban setting, such as in a densely populated area.

Commenting on the patent, Matt Jones, partner at EIP, an intellectual property law firm, said: “Patents like this might not just be a glimpse of the future; they might be an important part of making that future a reality.

“Patent owners want to file early so that no-one gets in before them, but if they file too early it may take a while, perhaps even decades, for commercial and societal (if not technical) reality to catch up.”

Analysis from tech research firm CB Insights shows that the retail giant has been focused on shortening the distance between warehouses and consumers for some time.

CBS Insights added: “Amazon has been ramping up its patent applications in supply chain and logistics. Amazon filed at least 78 logistics patents applications in 2016, an all-time high, and that number will likely rise.”