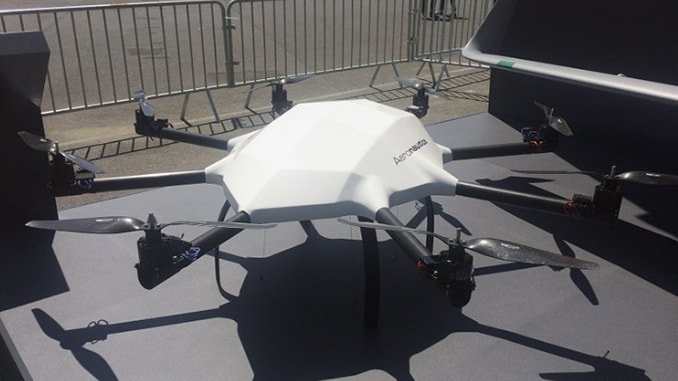 The Pegasus 120 is available in a quadcopter or octocopter configuration, and has a maximum take-off weight (MTOW) of 120 kg. It is designed to carry payloads of up to 75 kg autonomously over a maximum distance of 10 km, with a limit imposed by the UAS’s endurance.

The electric propulsion gives the system a low noise signature, and it can operate at speeds of up to 45 kt.

The UAS employs a common ground control station (GCS) that is shared with the company’s Orbiter 2 and Orbiter 3 unmanned aerial vehicles (UAVs).

An open architecture design supports integration of a range of sensor packages and payloads, with avionics, communications, datalink, and support systems being developed in-house by Aeronautics and its subsidiaries.

In describing the development of the concept of operations for the creation of the Pegasus 120, Aeronautics deputy CEO for marketing and sales Dany Eshchar said,”We understand from some of the conflicts in our region, that sometimes forces can be over a border, and the roads can be very difficult to go through.”

Eshchar went on to explain that this could be caused by natural obstacles such as forests or mountains, or hostile threats such as improvised explosive devices (IEDs).”So to come from above, autonomously, makes this resupply much easier. You can bring water, fuel, supplies, medicines, munitions – whatever is needed,” Eshchar said.

Additionally, the delivery of ammunition by air provides a safer alternative to the logistics support train, according to Eshchar. “Compared to helicopter resupply, this represents a significant benefit as there is reduced risk to helicopters and crews, the costs are less – unmanned systems are a great benefit in the combat zone.”

No Replies to "Israel's Aeronautics Unveiled A New UAS Called The Pegasus 120."