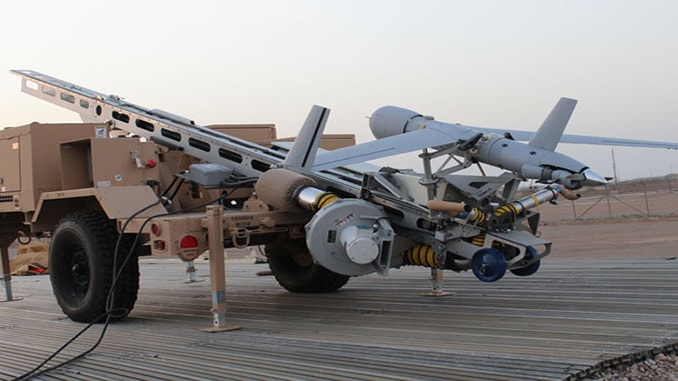 Boeing plans to offer its full-service UAV infrastructure inspection system internationally after more than a year of providing inspection for well heads, pipelines and processing facilities in Australia.

As well as demonstrating its use in open airspace and the viability of substantial cost savings. Insitu Pacific, a subsidiary of Boeing, began trials using ScanEagle UAVs to inspect Queensland Gas Company (QGC) infrastructure in 2014 and announced continued contracted service in May 2016.

In May, Insitu announced the formation of Inexa Solutions, a company which will provide data, data analysis and actionable intelligence and it draws upon the Australian experience.

A company spokesperson said Inexa Solutions offered ‘the entirety of the back office plus more [to] take raw data and provide actionable information’.

‘We have continued to work with QGC with regard to export opportunities. They’ve gone from monitoring six well heads a day, using ground inspections and manned aircraft, to [more than] 100 well heads a day.

The spokesperson continued, ‘We have not only partnered with QGC but with CASA to enable safe operations and we have prototyped a UAV airspace access situational awareness system. It consists of remote stations all networked in partnership with [telecommunications company] Telstra to create the data flow back and create a networked common operating picture of the airspace from low flying UAVs to manned assets but focused on low flying UAVs.

‘This creates a networked common operating picture and we can provide that to remote operators of the UAV so they can operate safely within the airspace. We are on plan to export out of Australia this year.’

The company is also looking for other opportunities for the ScanEagle and key amongst these is likely to be the US Coast Guard’s (USCG’s) requirement for a UAV to operate from its national security cutters.

A draft Request for Proposals (RFP) was released in March 2017 and a final RFP is expected before September with a contract decision expected April to June 2018.

The requirement is a key opportunity for the company and it has already demonstrated the use of ScanEagles from the cutters. A major competitor for the requirement is likely to be Textron’s Aerosonde UAV.

Over the space of six weeks earlier this year ScanEagle UAVs were operated from USCGC Stratton under a contract from Naval Air Systems Command. The system flew for almost 280 hours and completed 39 sorties, including persistent surveillance for 22.7 flight hours in a 24-hour period.

According to the company, the aircraft directly assisted with four interdictions, seizing more than 1,676kg of illicit contraband valued at $55 million and apprehending ten suspected drug traffickers.

A company official also highlighted the ScanEagle’s operations during the UK Royal Navy’s Unmanned Warrior Exercise off the coast of Scotland in October 2016.

‘At Unmanned Warrior, flying with the ViDAR [Visual Detection and Ranging] sensor, in the space of about 55 hours we covered an area of about 41,000sq km and literally detected hundreds of targets from two minesweepers to stationary jet skis to buoy systems and on another mission recently found a single raft.

‘We expect to have the ViDAR system for sale early next year,’ the official stated.