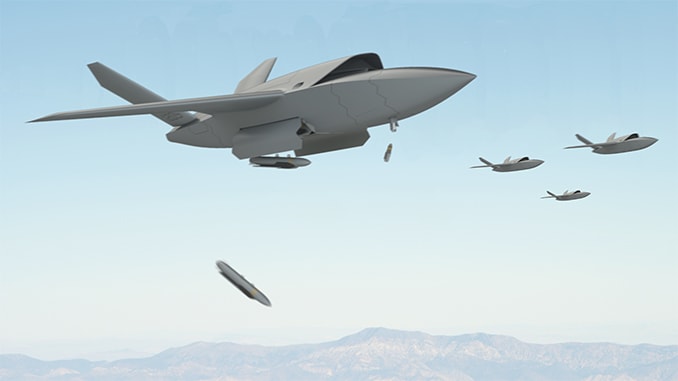 At the show, Kratos will be presenting the XQ-222 Valkyrie and UTAP-22 Mako drones that provide fighter-like performance and are designed to function as wingmen to manned aircraft in contested airspace. 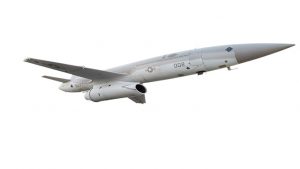 The Valkyrie and the Mako represent the next generation of UAVs. They are highly maneuverable, stealthy, able to fly at near supersonic speeds, and can carry and deploy weapons or surveillance systems. The larger Valkyrie, measuring in at roughly 30 feet in length, has an impressive range of more than 3,000 nautical miles.

Most important, Kratos’ UAVs are aligned with emerging military strategies because they are reusable and lower priced — in the $2 million to $3 million range. This makes it cost efficient to deploy them in numbers that can effectively support manned aircraft or operate independently in combat. The Valkyrie was recently announced by the Air Force Research Labs (AFRL) at a presentation on its Low Cost Attritable Aircraft Technology (LCAAT) program at Wright Patterson Air Force Base.

“If you team up a bunch of these aircraft with an F-35 or an F-22, or some of our surveillance assets, you’d basically be able to cover more space at a lower cost point,” Bill Baron, AFRL LCAAT project manager, told the Dayton Daily News at the May 9 event. “In a lot of cases, we don’t have enough airplanes and as you look to the future, most likely our fleet sizes are going to continue to be more limited so this is a way to provide a force multiplier.”

The Valkyrie has been in development since July 2016, when the U.S. Air Force awarded Kratos a contract to develop the LCAAT. After a less-than-two-year design and development effort, the Valkyrie is scheduled for its first flight in spring of 2018. The Mako is already operational and is scheduled for follow-on test flights, where it will carry sensors and be teamed with manned aircraft, in June, July and August of this year.

“The Mako and Valkyrie represent an entirely new category of UAVs,” said Eric Demarco, Kratos CEO. “Thanks to our target drone expertise and our in-house research and development team, we have been able to combine high performance with low cost in fully functioning aircraft. And we did it in less than two years, not decades.”

The Paris Airshow is the largest aerospace event in the world and will be held June 19-25. Kratos will be hosting visitors at booth # 3 A118.

For more information, go to www.kratosdefense.com.