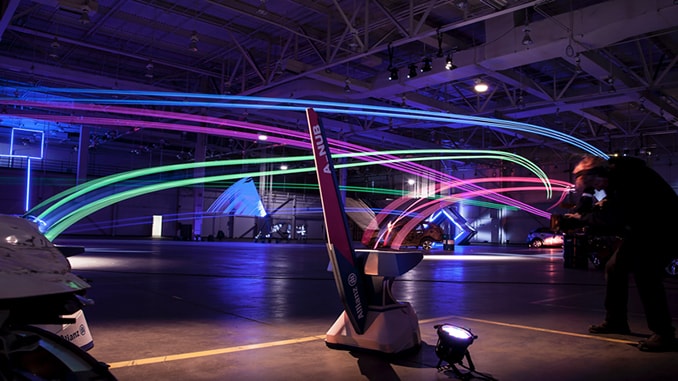 The Drone Racing League (DRL), today announced key multi-year, international partners and sponsors ahead of its 2017 race season. In February, DRL introduced Allianz as the title sponsor of DRL’s elite race circuit, leveraging the insurance brand’s motor racing sponsorship heritage to bring the “Sport of the Future” to a rapidly growing worldwide audience. Allianz and previously announced Toy State, home of high-performance Nikko™ Air racing drones, are joined by some of the world’s most well-known and respected brands including Amazon (Prime Video), Swatch, FORTO Coffee Shots and the U.S. Air Force. The season begins on June 20 on ESPN, and will be broadcast in more than 75 countries with broadcast partners including Sky Sports, ProSiebenSat.1, Disney XD and OSN.

DRL also announced today the close of a Series B investment round. The total financing was more than $20 million, led by Sky, Liberty Media Corporation (owner of Formula 1) and Lux Capital. In addition to Liberty Media Corporation, DRL added new investors Allianz (its global Title Sponsor of the race circuit) and World Wrestling Entertainment (WWE). Other existing partners that join Sky and Lux in the round include Hearst Ventures, RSE Ventures, Lerer Hippeau Ventures, and Courtside Ventures. DRL has also added CRCM Ventures, supporting DRL’s expansion into China. LionTree Advisors acted as a financial advisor for the company and Morrison Foerster was the company’s legal advisor.

“We’re incredibly proud to announce new partners and investors aligning with DRL to solidify drone racing as the sport of the future,” said Nicholas Horbaczewski, CEO and Founder of DRL. “Over the past 18 months, we’ve committed to building a technology company that can capture the imagination of new sports fans around the world. The support we have from some of the most respected brands and investors is helping us rapidly realize that vision.”

The announcement from DRL comes ahead of the UK’s first professional drone race and the last race in the 2017 Allianz World Championship Season, the headline event during London Tech Week. The race will take place at London’s iconic Alexandra Palace on June 13th, with 8 of the best pilots flying to be crowned the ‘best in the world’ during the winner-take-all 2017 season finale. Tickets for the event can be purchased at: http://www.alexandrapalace.com/whats-on/drone-racing-league-season-finale-allianz-world-championship-2017/ and spectators will be able to bet on the racing with the Paddy Power Betfair app, Betfair Sportsbook.

The Drone Racing League launched in January 2016 as the only global professional drone racing organization, hosting five professional races in its inaugural season. DRL’s ‘16 season reached more than 75 million fans around the world, including more than 30 million broadcast viewers and more than 45 million views of its digital content. The title partnership with Allianz will help DRL to continue to reach new viewers and build an even larger global fan base as the company introduces new events, media and brand partners in its second season. Toy State’s Nikko Air offerings are the only racing drones powered by the same technology used by professional DRL drone racing pilots. The company’s highly anticipated new line-up, which will give a wide swath of consumers the chance to experience the fast-paced fun of drone racing, takes flight at major retailers nationwide this August.

Sky is Europe’s leading entertainment company, serving 22 million customers across five countries: UK, Ireland, Germany, Austria and Italy. We offer the best and broadest range of content, deliver market-leading customer service and use innovative new technology to give customers a better TV experience, whenever and wherever they choose. Sky has annual revenues of £12 billion and is Europe’s leading investor in television content with a combined programming budget of £5.2 billion. The group employs 30,000 people and is listed on the London Stock Exchange (SKY).

DRL is the premier drone racing circuit for elite FPV pilots around the world. A technology, sports and media company, DRL combines world-class media and proprietary technology to create thrilling drone racing content with mass appeal. In 2017 DRL is hosting a global series of six races, the Allianz World Championship, to be broadcast on ESPN, Sky Sports, ProSiebenSat.1 Media SE, Disney XD, OSN and other leading broadcast channels around the world. Founded by Nicholas Horbaczewski in 2015, DRL is a privately held company headquartered in NYC.

The UASweekly Newsletters Are Getting An Upgrade

No Replies to "DRL Unveils International Partners, Close of $20M Financing Ahead of 2017 Season"