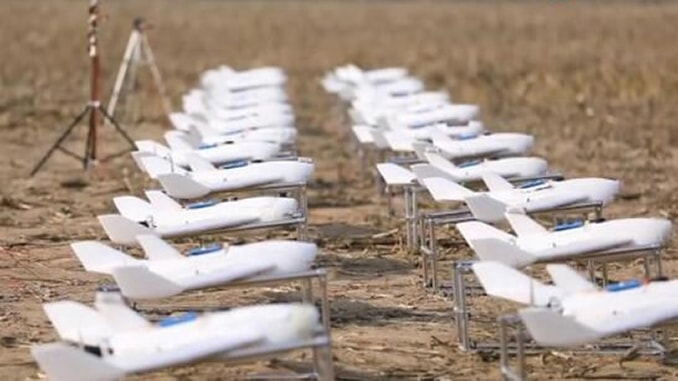 According to the CETC swarm intelligence is regarded as the core of Artificial Intelligence (AI) of unmanned systems. The company also said that the swarm technology is the future of intelligent unmanned systems, as reported by PTI. CETC engineer Zhao Yanjie has said that intelligent swarms have become a disruptive force and can change the rules of the game. PTI citing reports in the Chinese media has said that the military is also planning to launch ‘mass armed drones’ as a new battle technique.

CETC, according to its website is a state-owned company which designs and constructs Command, Control, Communications, Computers, Intelligence, Surveillance and Reconnaissance (C4ISR) systems for the Chinese armed forces. The company makes systems which provide the Chinese armed forces information support national security and strengthen the command efficiency.

According to CGTN.com, drone swarms can cover large areas and can cover large areas at low costs. Theses drones can be used during times of emergencies. The drone swarm can be used for search and rescue operations. These swarms can also be used during times of natural calamities such as during earthquakes, forest fires and floods.

CGTN.com reports that the US Navy had tested 103 drone micro-swarm in January this year.