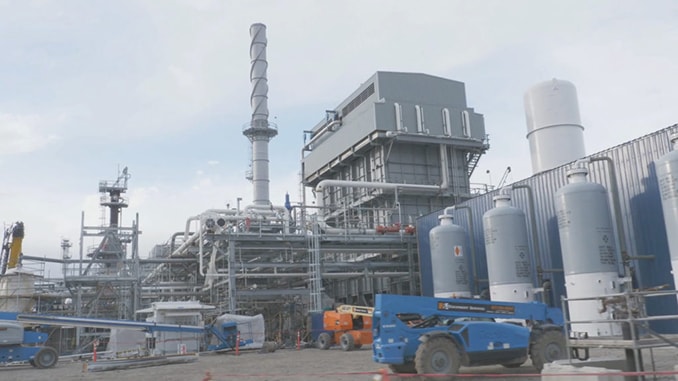 A manufacturer of refinery infrastructure was about to finish the assembly of a radiant box when a quality control concern arose around some components in the project. The need for visual inspection at height in a complex environment, where scaffolding would only make the situation worse, led the customer to entertain the value and benefits of the indoor inspection drone Elios through the services offered by Industrial SkyWorks  www.industrialskyworks.com.

A large manufacturer of refineries, processing equipment and technologies active in the oil and gas industry was about to finish a major phase of the construction of a new radiant box facility used in the process of refining hydrogen under very high temperature (1300 to 2000°F) and pressure (45 to 360 psi).

Near the end of the assembly process of the 144 40’ high vertical pipes composing the radiant box, a thumbnail size notch was noticed in one of the pipes just before it was installed. This caused the owner of the refinery some concern as to the condition of the other pipes that were already assembled in the unit. The refinery customer insisted that each of the pipes be inspected thoroughly before they would sign off on the delivery of this stage of the construction and move into the final stages of testing and firing up the radiant box.

The refinery manufacturer was left with some difficult choices. He would have to erect scaffoldings inside the radiant box in the small walkways in between the 3 rows of pipes with only a manhole to bring in all the material. But, the major concern had to do with the risk inherent to the scaffolding operation. Made up of a very particular heat-resistant alloy containing 30% of chrome, the pipes of the radiant box have the downside of needing a very careful treatment. A simple contact with another alloy would risk damaging the pipes. Therefore, all the scaffolding would need to be powder-coated before being used. The cost of the operation, safety risk, time delay and potential risk of further damaging the pipes with the scaffolding was definitely a huge concern. 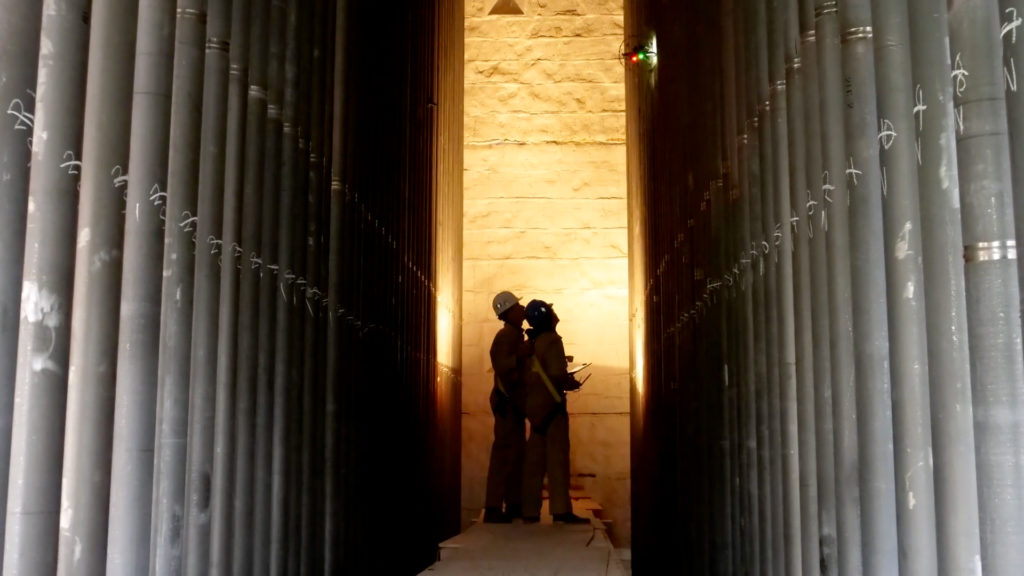 The Elios drone happened to be a perfect tool for the job. It had been flying continuously for nearly 5 days in a dry and dusty environment imaging both sides of each pipe. The refinery manufacturer was obviously nervous at first as this was a big new gamble for them. However, once they saw the clarity of the raw video footage at the end of the first day, they were incredibly pleased and could not wait to get the footage over to their refinery client to start validating the condition of the asset. The job was a great success, done safely and efficiently, with the desired outcome for the refinery manufacturer and their client. Industrial SkyWorks has since been contacted by the customer to look at inspecting other components they manufacture as well as from the refinery customer themselves for some inspection projects.

The overall savings arising from the use of a drone instead of traditional methods for this inspection is estimated to be 75% in terms of cost and 85% in terms of time. Work at height and associated safety procedures were avoided.

Announcing Release Of UgCS Update 2.11 And UgCS For DJI Update 2.5