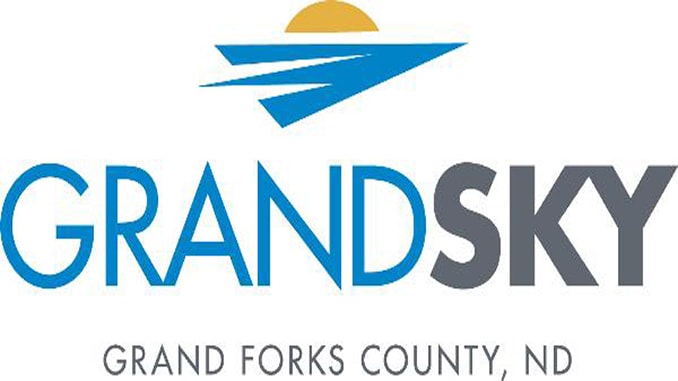 North Dakota Gov. Doug Burgum announced today the formation of a UAS industry-led task force focused on supporting the development and advancement of technologies to protect and defend against threats posed by rogue UAS activities. The UAS Detection and Counter-UAS Task Force will be tasked with coordinating amenities needed for UAS operators to test countermeasures in North Dakota and aiding in identifying opportunities for technology development.

Additional initial goals of the task force include: developing a testing and evaluation area within North Dakota, identifying emerging and potential threats posed by UAS technologies in both military and civilian environments, and enabling UAS operators to develop and deploy protective technologies in response to identified threats.

“North Dakota’s support of the UAS industry makes it the perfect location to conduct this necessary work, and Grand Sky is the ideal base camp for operations,” said Thomas Swoyer Jr., president of Grand Sky Development Co. “The unique amenities that make Grand Sky successful – uncongested air space and flight schedule certainty – are the same amenities that will make this counter UAS initiative succeed. At Grand Sky, companies can identify a technology they want to test and have it in the air the next day, compared to waiting months for runway space with no guarantee that the flight will take off as scheduled. The UAS industry is rapidly evolving, so having the ability to develop countermeasures, test them, and put them in place before they become obsolete is crucial to our nation’s continued safety and ability to compete on a global scale.”

As the use of UAS, including consumer drones, has proliferated, so, too, has the potential for nefarious activities to be conducted using these technologies. While countermeasures have been in development for years, research has focused primarily on military applications. North Dakota’s Counter UAS Task Force will address both military and commercial applications.

“Researching the technologies for detecting UAS and developing countermeasures aligns well with the mission of the Northern Plains UAS Test Site, which is to enable safe UAS operations in the National Airspace System,” said Nicholas Flom, executive director of the Northern Plains UAS Test Site. “The creation of this task force is another great example of how North Dakota will continue to be a leader in the unmanned aircraft industry.”

“North Dakota has already staked a position at the forefront of UAS applications and testing, with the state investing $43 million into advancing UAS research and development,” Burgum said. “This task force underscores our commitment to investigating UAS detection and countermeasures for the safety of our citizens and our airspace, as well as opportunities to further diversify our economy.”

The Northern Plains UAS Test Site (NPUASTS) is one of seven Federal Aviation Administration UAS test sites in the nation. The mission of the test site is to collaborate with FAA and industry partners to develop, systems, rules and procedures to safely integrate unmanned aircraft into the National Airspace System without negatively impacting existing general or commercial aviation. For more information, visit npuasts.com.

Mobilicom And NextVision Teamed Up To Offer Communication & Camera Solution