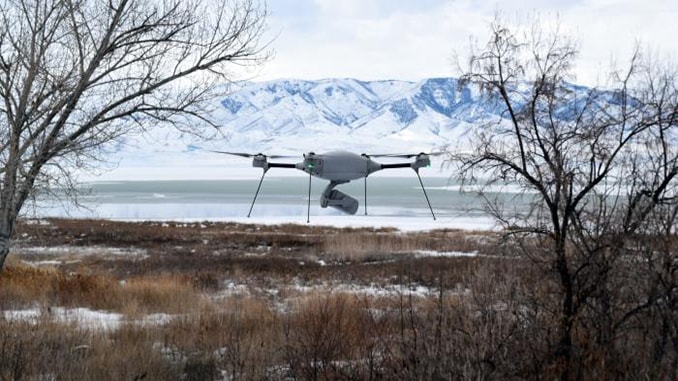 Along with a low acoustic and visual signature during startup and flight, Indago 3 is also available in haze grey, which minimizes visual detection during missions. Depending on payloads, Indago 3 has a flight time of up to 50 minutes, a range of 10 kilometers and a cruise speed of 25 mph and can operate at temperatures as low as 30-degrees below zero, and as high as 120 degrees.

“Indago 3 gives our customers a quiet, durable, long-range system to complete sensitive operations with a small UAS,” said Rich Bonnett, Indago program manager, Lockheed Martin unmanned systems. “Our military customers tell us that Indago 3 gives them superior security, reliability and ruggedness compared to other UAS. We continue to enhance the Indago system based on customer feedback.”

“The Ocelot module, equipped with TrellisWare’s robust TSM™ networking, is built specifically for integration into UAS,” said Matt Fallows, Director of Applications & Systems at TrellisWare. . “We are pleased to partner with Lockheed Martin to help enhance Indago 3’s airborne networking in challenging environments with reliable and long range connections.”

The collapsible Indago quadrotor UAS weighs less than 5 lbs. and folds into a man-packable unit that requires no tools for assembly. Indago can be unfolded in 60 seconds, and airborne in just 2.5 minutes. Indago 3 offers additional durability for operation in harsh environments and weather conditions.

Lockheed Martin has five decades of experience in unmanned and autonomous systems for air, land and sea. From the depths of the ocean to the rarified air of the stratosphere, Lockheed Martin’s unmanned systems help our military, civil and commercial customers accomplish their most difficult challenges.