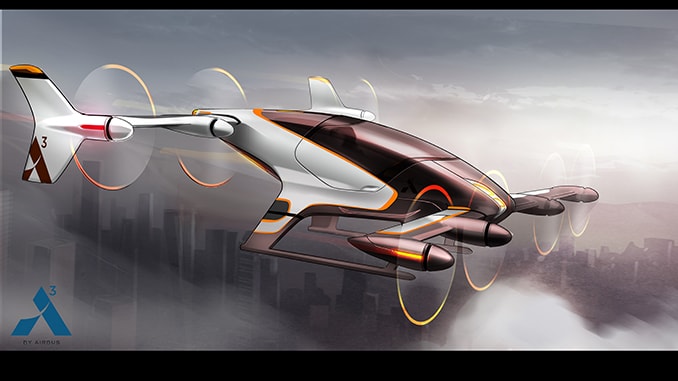 FlightHouse Engineering LLC, a firm specializing in the design of unmanned aircraft systems, today announced it has secured a contract to design and manufacture the composite airframes for the Vahanademonstration vehicles with the full-scale canard already being delivered on schedule to Vahana. Vahana is an electric, self-piloted vehicle project being developed by A³, the advanced projects and partnerships outpost of Airbus in Silicon Valley. Launched in 2016, Vahana intends to open up urban airways by developing the first electric, self-piloted vertical take-off, and landing (VTOL) passenger aircraft. The project is progressing towards a full-scale test flight by the end of 2017.

Composites manufacturing team members working on this project include Composites Universal Group in Warren, Oregon, and Decavo in Hood River, Oregon, which will deliver the prototype airframe structures. Design and analysis subcontractors include Structural Design and Analysis, Flying S, Zepher Inc., and Assystem.

“We like to be at the leading edge of aircraft technologies where we can advance the state-of-the-art, unprecedented systems that will propel the future of flight,” said Jay Gundlach, president, and co-founder, FlightHouse Engineering LLC. “Vahana has been a wonderful challenge, and we are proud to be part of the team.”

FlightHouse Engineering is an Oregon-based company specializing in aircraft design, Unmanned Aircraft System (UAS) product development, strategy, and prototyping. From start-ups just entering the commercial UAS business, to established aerospace and defense companies, FlightHouse’s multidisciplinary aerospace and mechanical engineering capabilities support companies throughout all stages of a project, from initial feasibility studies all the way through the transition to production.

“Working with FlightHouse is a valuable partnership for Vahana. Having worked on both sides of the aerospace engineering industry, they’re able to understand our evolving needs and provide flexibility and creativity as true partners,” said Zach Lovering, Project Executive, Vahana. “The team is delivering key components that enable us to efficiently achieve our rigorous timelines and we look forward to continued partnership.”

Based in San Jose, California, A³ executes a small portfolio of high-risk, time-constrained projects, using an external ecosystem of partners, which culminate in productizable demonstrators.

Vahana is an electric, self-piloted VTOL aircraft being developed by A³, the advanced projects and partnerships outpost of Airbus in Silicon Valley. The Vahana team is made up of passionate and restless experts in aircraft design, manufacturing, electric propulsion, vehicle autonomy, and aircraft certification. The project aims to solve urban mobility by moving from the beltways to the airways. For more information, visit