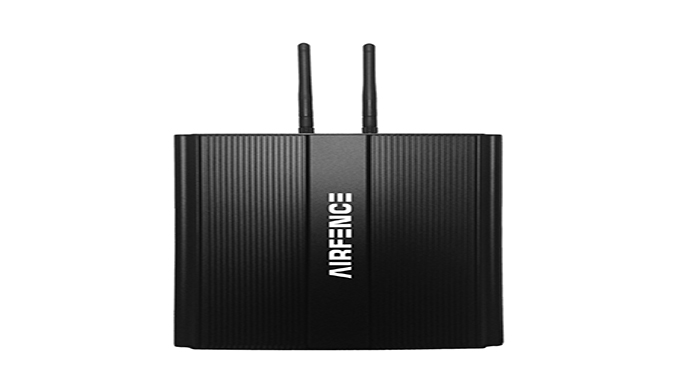 The fight against ISIS has entered a new theater with the recent rise in attacks from commercially purchased drones. As part of a layered approach to combat this evolving threat, the U.S. Marine Corps Warfighting Lab in partnership with Defense Innovation Unit Experimental (DIUx) has awarded a contract with UAS countermeasure company, Sensofusion, to further develop and leverage its AIRFENCE Mobile capability.

Sensofusion’s AIRFENCE Mobile system is hardware/software ready for protecting VIPs and mobile convoys from the threat of weaponized commercial drones by detecting and defeating them using their proprietary RF technology. Sensofusion recently unveiled its newest countermeasure system, AIRFENCE 4.0, at the International Defence Exhibition and Conference (IDEX) in Abu Dhabi in February 2017. AIRFENCE’s external detection capabilities empower the hardware to collect evidence immediately and transmit to learning platforms, which allows for future detection of rogue UASs.

Sensofusion’s technology is now being integrated as the core of MCWL’s Mobile Counter-UAS system, enabling the Marines to experiment with this emerging capability and develop new tactics, techniques, and procedures.

“Given the proliferation of commercially-available UAS and the increasingly dangerous threat they pose, a force protection capability like that provided by AIRFENCE will be an essential part of any integrated air defense system for the foreseeable future,” says Major J.B. Persons of the Marine Corps Warfighting Laboratory. “We are eager to get this capability into experimentation and transition it to the operating forces as quickly as possible.”

AIRFENCE Mobile is already being used in urban environments, specifically by law enforcement and government VIPs, including presidents and prime ministers of foreign governments.

Sensofusion plans to bring its technology to other U.S. military branches including Army, Navy, and Air Force, as well as with the Department of Homeland Security to specifically protect our nation’s border.

“AIRFENCE Mobile is a good fit to protect American dignitaries, including high-ranking U.S. officials such as our nation’s President and his cabinet,” said Kaveh H. Mahdavi, Sensofusion VP of Operations. “AIRFENCE is currently protecting some of the highest-ranking government officials in the world. With the recent advancements in AIRFENCE, we have taken a leap forward from the rest and it is our intent to position AIRFENCE as the go-to hardware/software of choice for protecting U.S. troops, government officials, and civilians.”

AIRFENCE is currently being used by international airports in Europe, as well as military bases, high-profile government buildings, and government VIP events. AIRFENCE is also used in securing prisons from individuals who want to smuggle contraband. AIRFENCE mobile is being deployed for various police and military applications. AIRFENCE is now expanding to other critical infrastructure including nuclear power plants, waste and water treatment centers, and energy-producing facilities such as electrical substations and solar farms.

About Sensofusion
Sensofusion, with U.S. headquarters in New York City and international headquarters in Finland, is the creator of AIRFENCE, a countermeasure technology designed to automatically detect, locate, track and take over unmanned aircraft system (UAS) controls, all automatically, as well as locate operators. Sensofusion currently partners with the U.S. Marine Corps, NATO, the FAA, the Nevada Institute of Autonomous Systems and NASA UTM.