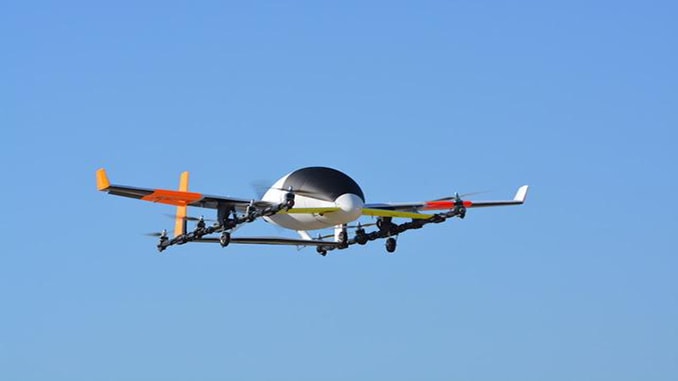 Uber announced today that it has selected Aurora Flight Sciences as a partner to develop electric vertical takeoff and landing (eVTOL) aircraft for its Uber Elevate Network. The formal announcement of the initiative partners took place at Uber’s Elevate Summit in Dallas, Texas.

“Uber is taking a big step forward toward making the world’s first VTOL network a reality and our partnership with Aurora Flight Sciences will help get us off the ground,” said Mark Moore, Director of Engineering for Uber. “The Elevate VTOL network will help improve urban mobility around the world and transform the way we travel.”

Aurora’s eVTOL concept is derived from its XV-24A X-plane program currently underway for the U.S. Department of Defense and other autonomous aircraft the company has developed over the years.  Aurora has adapted and combined the autonomous flight guidance system from its Centaur optionally-piloted aircraft, the perception and collision avoidance system from the AACUS program, and the battery electric propulsion system from the XV-24A demonstrator to create the innovative eVTOL design.

“The Uber Elevate mission is all about low noise, high reliability, and low cost,” said Aurora CEO John Langford. “By drawing on our nearly 30 years of successful autonomy and robotic programs, Aurora is well positioned to deliver on this urban solution. We have already built and flown the first proof-of-concept aircraft and we’re excited to partner with Uber in accelerating the eVTOL initiative.”

The partnership agreement provides the basis for a system of urban transportation solutions that will enable users of the Uber Elevate Network to request an Aurora eVTOL aircraft via Uber’s computer or mobile software applications. With the successful first test flight of the aircraft on April 20, 2017, the goal of delivering 50 aircraft for testing by 2020 is well within reach.

You can learn more about Uber’s vision for a future of on-demand urban air transportation atwww.uber.com/elevate.pdf