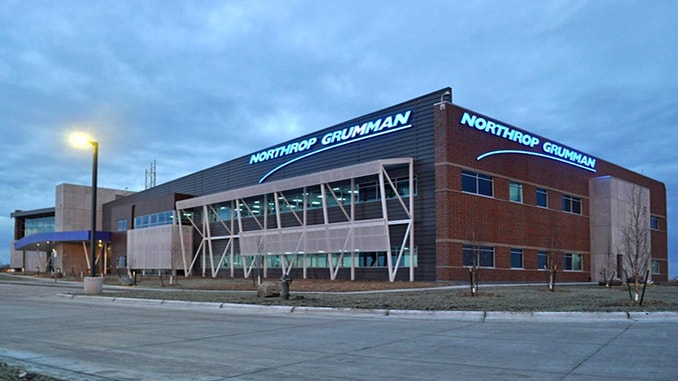 Global Hawk manufacturer Northrop Grumman on April 21 officially opened an unmanned aircraft systems (UAS) research and development and crew training facility at the Grand Sky business park near Grand Forks in North Dakota. Grand Sky, which lays claim to being the first such business park in the U.S., also hosts a General Atomics flight-training academy that is expected to officially open this year.

“Congratulations are very much in order to Northrop Grumman for its continued commitment to moving the UAS industry forward,” says Thomas Swoyer Jr., president of Grand Sky Development Company. “They recognized early on the unique synergies that Grand Sky offers for experienced UAS firms who are moving to bridge the gap between military and commercial uses, and now they can begin to capitalize on that foresight. We look forward to continuing to support their efforts and watching as they take UAS applications to new heights.”

Northrop Grumman intends to use its Grand Sky facility primarily for research and development, aircrew and maintenance training, operations and mission analysis, along with aircraft maintenance. The facility is positioned in an anchor space along the alert pad at Grand Sky, which allows quick access to the Grand Forks Air Force Base runway for launch and recovery operations. Through Grand Sky, the company will also have ongoing access to assistance from the Northern Plains UAS Test Site when needed, flight logistics support from InnoVets, collaborative opportunities with other UAS entities at the park and throughout North Dakota, and perhaps most importantly, ready access to a skilled workforce through the state’s many UAS training programs. 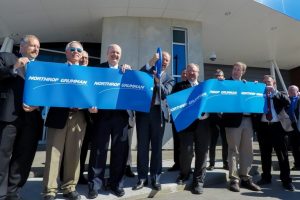 “We are delighted to officially begin operations here at Grand Sky cementing our leadership in the development and use of autonomous systems in partnership with North Dakota’s UAS community,” said Janis Pamiljans, corporate vice president and president Northrop Grumman Aerospace Systems. “The important work performed at Grand Sky will support the evolving needs of our customers while advancing research and development of our autonomous systems capabilities for today and the future.”

Northrop Grumman’s 36,000-sq-ft building was completed late last year, and employees began working there shortly thereafter, the company said. The facility serves as a site for research and development, aircrew and maintenance training, operations and mission analysis and aircraft maintenance. According to the business park, the building “is positioned in an anchor space along the alert pad at Grand Sky,” allowing quick access to the runway of adjacent Grand Forks Air Force Base for launch and recovery operations.

General Atomics announced in September 2015 that it had signed a 10-year lease at Grand Sky to build a UAS training academy. It has since been operating from temporary facilities at the park, and last July announced the first flight there of a company-owned Predator A. In August, General Atomics graduated its first class of three Predator A pilots, who underwent classroom training in Grand Forks. It expected to add a second training track for the Predator B, which the Air Force has designated the MQ-9 Reaper.

General Atomics has said that it plans to complete construction of its new 16,000-sq-ft flight operations center this spring.

Airobotics Wins The Edison Award For Its Automated Industrial Drones