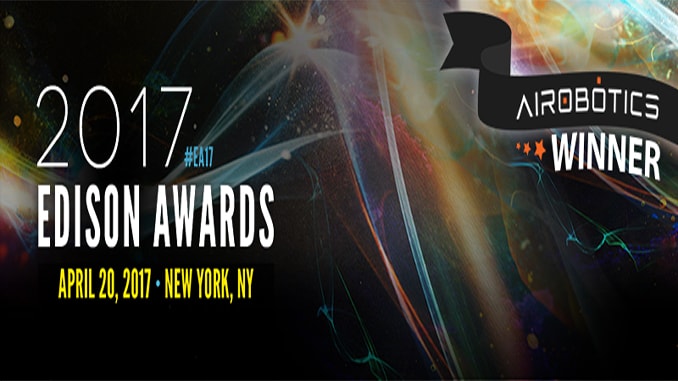 Airobotics Wins The Edison Award For Its Automated Industrial Drones

The Edison Awards, celebrating 30 years of honoring the best in innovation and excellence in the development of new products and services, announced today that Airobotics was voted a Bronze Winner for innovation at the April 20th event at The Capitale in New York City. Hundreds of senior executives from some of the world’s most recognized companies gathered to acknowledge the hard work and commitment of all of the 2017 Edison Award winners.

Being recognized with an Edison Award has become one of the highest accolades a company can receive in the name of innovation and business. The awards are named after Thomas Alva Edison (1847-1931) whose inventions, new product development methods and innovative achievements literally changed the world, garnered him 1,093 U.S. patents, and made him a household name around the world.

“Our judges recognized Airobotics as a true innovator out of the many products in its category,” said Frank Bonafilia, Executive Director of the Edison Awards.

Airobotics recently announced that it is the first company worldwide granted with the authorization to fly fully automated drones without a pilot. The certification, that was presented by the Civil Aviation Authority of Israel (CAAI), solidified Airobotics’ status as a world-leader in the field of automated drones, allowing for the most innovative Beyond Visual Line of Sight (BVLOS) commercial drone operations. 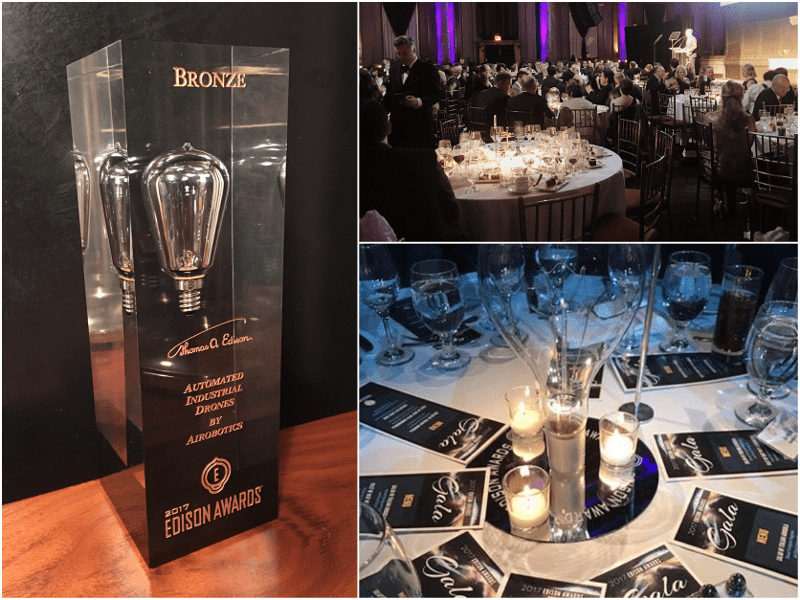 The ballot of nominees for the Edison Awards™ was judged by a panel of more than 3,000 leading business executives including past award winners, academics and leaders in the fields of product development, design, engineering, science and medical.

One of the evening’s many highlights was the presentation of the prestigious Edison Achievement Award to Astro Teller, Captain of Moonshots, and Jeffrey R. Immelt, CEO, GE. The award honors innovation leaders and business executives who have made a significant and lasting contribution to innovation throughout their careers. The Edison Achievement Award serves as inspiration to future innovators and to the world at large.

In addition to the Awards Gala, the annual Edison Awards program encompassed a full-day “Meet the Innovators Forum” and the “Innovators’ Showcase,” which offered guests a hands-on experience with many of the winning products.

Airobotics has developed a pilotless drone solution, the first of its kind in the global market.

The Airobotics platform is made up of three parts: Optimus, a large, high capacity drone capable of flying 30-minute missions while carrying a one-kilogram mission specific payload, the Airbase, a completely automated base station from which the Optimus drone launches and lands on its own, without any human intervention, and the Software, which is cloud-based, enabling users to control and manage missions with one click. The system’s swappable payload mechanism, together with its Software, positions Optimus as a multi-tool drone capable of carrying various sensors and payloads.