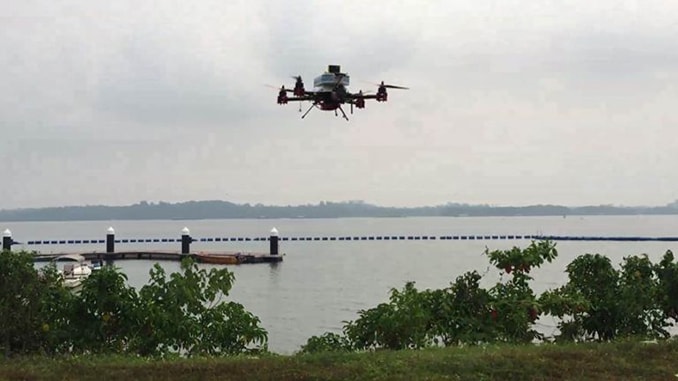 Mail deliveries could be made using drones in the near future, after Singapore Post (SingPost) signed a partnership agreement with Airbus Helicopters on Tuesday (Apr 18).

Both parties signed the partnership at the Rotorcraft Asia exhibition held here on Tuesday, about a year after a similar memorandum of understanding (MOU) was signed between Airbus Helicopters and the Civil Aviation Authority of Singapore.

An initial trial involving transporting small packages using a drone around the National University of Singapore (NUS) campus is expected by early 2018.

Speaking at the opening ceremony of the exhibition, Parliamentary Secretary for the Ministry of Trade and Industry Low Yen Ling said this kind of deployment, which requires Beyond Visual Line of Sight (BVLOS) and autonomous operations, is currently not permitted under existing regulations. The trial is a key step to ensure commercial drones can operate safely over urban areas, she explained.

As the project’s logistics partner, SingPost will contribute its expertise in software and delivery systems, as well as postal and e-commerce logistics, the companies said in a news release.

“Drones and other autonomous vehicles are in the future of the logistics industry,” added SingPost’s covering Group CEO Mervyn Lim. “The demo that Airbus Helicopters and SingPost will be developing is designed to address real-world challenges such as safe and accurate flight in high-rise cities, while meeting the needs of customers.”

Following the NUS trial, the project will involve delivering goods like medicine, oil samples, and spare electronic parts from a parcel station on the Singapore coast to ships, both parties said.