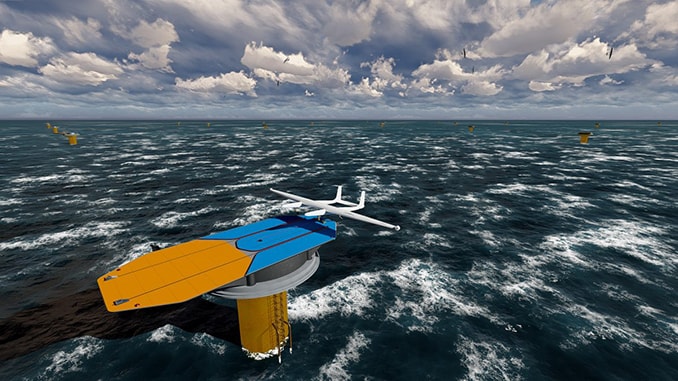 Ampyx Power’s 2 MW AWES will be tailored to repower the first generation offshore wind parks once the service life has come to an end. The testing at the E.ON test site is an important stepping stone towards subsequent offshore demonstration and eventually commercial deployment of Ampyx Power’s AWES and follow-up products.
Ampyx Power has started construction of its fully functional demonstrator in 2016. In order to finance activities towards commercialisation of its technology, Ampyx Power aspires to enlarge its current base of informal investors with a new crowdfunding campaign targeting investments of € 2.5 million. Investments can be made through the investor portal on Ampyx Power’s website. Since Ampyx Power’s first crowdfunding campaign in 2013, about 400 informal investors have invested over € 4 million. The company further announces that it has raised € 2 million new equity from its existing shareholder base, which provides a solid financial foundation for the new crowdfunding campaign. These investments will be completed in the next few weeks.

E.ON is a frontrunner and early adopter in the Airborne Wind Energy field. Frank Meyer, SVP B2C Solution Management, and Innovation at E.ON says: “E.ON has been looking into Airborne Wind technologies for five years and we believe it has true game-changing potential. It supports one of our overall targets to drive down cost of renewable energy and also allowing production of renewable energy at locations where it is currently not economical and technical feasible today. While in principle we are technology agnostic, we consider this cooperation with Ampyx Power a major step in our efforts to take a leading role in furthering the promising emerging Airborne Wind Energy sector.”

Ampyx Power, founded in 2009, is one of the leading companies in the emerging Airborne Wind Energy sector. Wolbert Allaart, Managing Director of Ampyx Power: “This cooperation with E.ON, one of the leading energy companies in the world, is a major milestone for our company. It is fundamental for us as it allows us to incorporate E.ON’s vast offshore wind expertise into our product design efforts. This clear proof of market interest further inspires our team of almost 50 engineers who are working on product development and certification since 2014, after we have proven our concept in the initial five years of our existence.”

About E.ON
E.ON is an international investor owned energy company, focusing entirely on energy networks, customer solutions and renewables. In the 2016 financial year, more than 40,000 employees from 90 nations generated sales of around EUR 38 billion. Around 33 million customers purchase gas and electricity from E.ON. Within the global renewables segment E.ON is a leading company. The company has already invested more than 10 billion Euro and operates nearly 5.4 gigawatts of renewable capacity. E.ON is headquartered in Essen, Germany.

About Ampyx Power
Ampyx Power develops fixed wing Airborne Wind Energy Systems for deployment in utility scale wind parks. Its initial 2 MW commercial product will be tailored to repower the first generation offshore wind parks which were constructed in the early 2000’s. Ampyx Power is a frontrunner in the emerging airborne wind energy industry, through its clear focus on system safety and reliability. Ampyx Power has held approvals from airspace authorities to operate its prototypes since 2010, and plays a key role in the development of the regulatory framework and certification standards for airborne wind energy systems.
Ampyx Power has been funded with support from the European Commission, Horizon 2020 SME Instrument (grant no. 666793 – AMPYXAP3)

Webinar How Drones, Data & AI Are Revolutionizing The P&C Industry