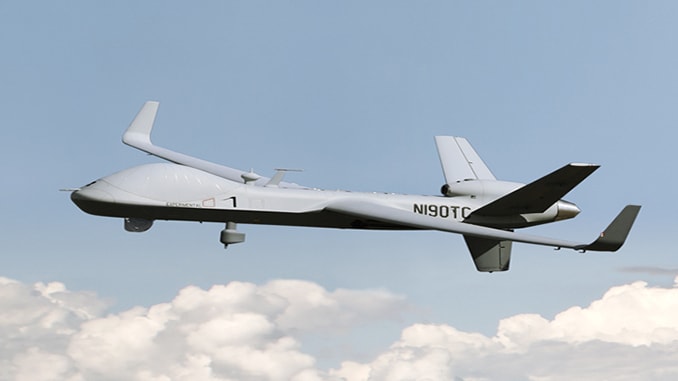 “The successful demonstration of a mature radar warning receiver on our company-owned Predator B clearly shows the utility of the aircraft in conducting missions in the proximity of threat radars and enemy air defenses,” said Claudio Pereida, executive vice president, Mission Systems, GA-ASI. “We are pleased to be the first company to demonstrate this capability on a remotely piloted aircraft and hope to make it available to interested customers on a quick-reaction basis.”

In various flight profiles, the pod was able to validate RWR performance which met or exceeded current thresholds for both air and ground radar threats. Additionally, the RWR information to the flight crew was deemed useful for triggering flight crew action, such as manually cross-cueing to other onboard sensors to validate threat information.

GA-ASI plans further RWR demonstrations later in the year to include integrating with Link 16 (a military tactical data exchange network).

Development and testing is currently being conducted under Internal Research and Development (IRAD) funding, with the goal of partnering with potential customers in the near future.

No Replies to "GA-ASI's Predator B Demonstrates Threat Radar Detection"