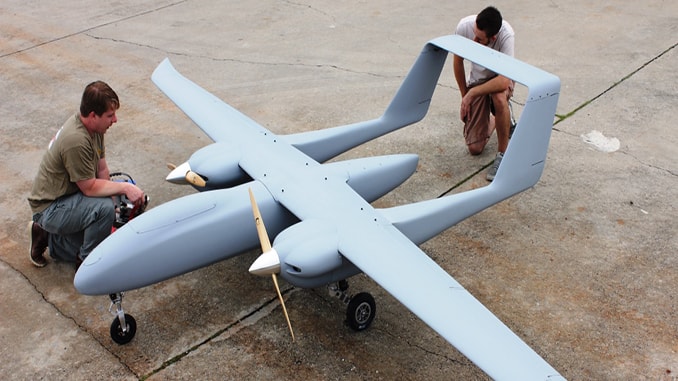 An agreement has been reached with the Mobile County Commission to conduct U.S. Navy drone flight research at Jeremiah Denton Airport on Dauphin Island, Alabama, according to the Alabama Media Group.

The short-term research project, in which unmanned aerial systems will be tested, is being conducted by the Office of Naval Research with the Raspet Flight Research Laboratory at Mississippi State University. The aircraft and the research flight operations will be in full compliance with Federal Aviation Administration regulations, according to the MSU Raspet lab.

The agreement addresses many potential concerns that locals and visiting tourists might have.

“The planned UAS flight path will avoid overflight of populated areas on Dauphin Island, and be conducted in a manner that minimizes noise or other disturbance for Dauphin Island residents,” the agreement reads.

Daniel P. Eleuterio of the Office of Naval Research told the Alabama Media Group that the Naval Meteorological and Oceanographic Command, headquartered at the Stennis Space Center in coastal Mississippi, will conduct flights to evaluate UAS capabilities in May and June. One of the features they plan to evaluate are drone-mounted lasers that can measure water depth from the air.

“This is mostly a technology demonstration,” Eleuterio said.

LIDAR technology, or Light Detection and Ranging, measures the distance to a target by shining a laser light beam on the target. LIDAR is the same technology being used by law enforcement agencies now, in replace of radar guns, to measure the speed of a moving vehicle.

The drone in use for the tests are called the Outlaw SeaHunter, developed by Griffon Aerospace in Huntsville, Alabama. The twin propeller drone has a 16-foot wingspan and a length of 9.9 feet, according to Griffon Aerospace. With a payload capacity of 90 pounds, the drone can fly for over four hours or over eight with an external fuel tank.

“SeaHunter is the most capable member of Griffon’s UAV (unmanned aerial vehicle) family,” the company says. “It is designed as a cost effective, reliable, Class III Multiengine platform. SeaHunters are being used by military, universities, and research agencies for training, test, data collection, and system R&D.”

The demonstration of the LIDAR technology will be a short-term project, so there won’t be a permanent presence of the Navy on the island. That being said, Eleuterio suggests that the research associated with the project could lead to “a better understanding of coastal ecology and wetlands ecology.”

XPONENTIAL 2017 To Feature Industry Executives Speaking on Opportunities for UAS

No Replies to "US Navy To Conduct UAS Flight Research On Dauphin Island, Alabama"