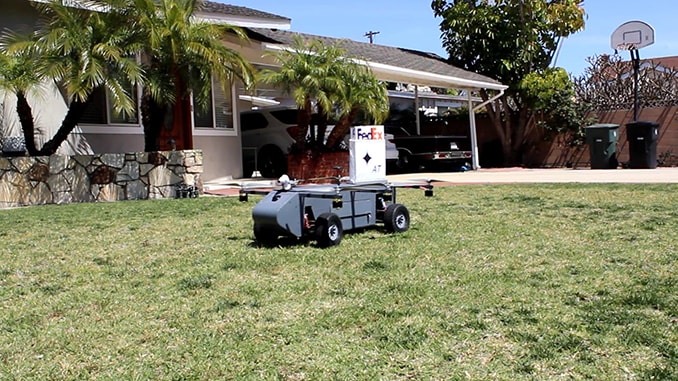 Advanced Tactics is an aerospace company based in Southern California specializing in research and development of next-generation military and commercial vehicle technologies. A unique set of patented vehicle designs drive the company’s progress toward providing a game-changing capabilities.

Ten years ago, Advanced Tactics Inc. (AT) first began developing air/ground robot technology intended to aid U.S. military forces. Today, building on a family of patented core technologies, AT has created a revolutionary, commercially available Unmanned Aerial System (UAS) that is both ground- and air- mobile, suitable for extended surveillance and package delivery purposes for the commercial market. The combination of Vertical Take-Off and Landing (VTOL) flight with off-road driving capabilities in a package delivery drone make the Autonomous AT Panther Air/Ground Robot unlike anything else previously seen. 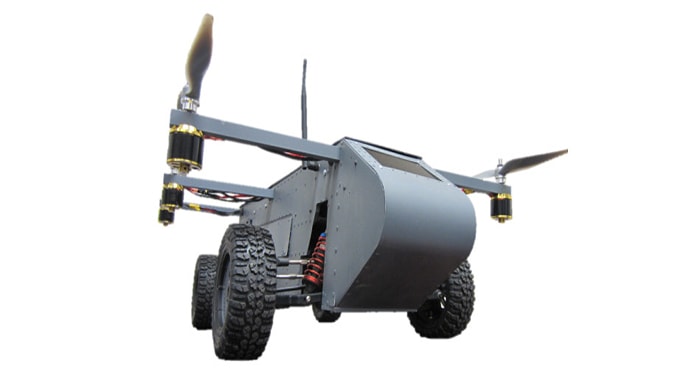 Featuring off-road suspension, lifting capability of up to 15 lb payload, and autonomous waypoint navigation, the AT Panther Robot is expected to dramatically expand the operational scope of current commercially available drones. Modern cameras can be utilized with this robot for unique views from the air and ground. Robotic arms (shown at end of press release) for package delivery have been tested on the AT Panther and other AT air/ground mobile robots. Specialized kits are currently being developed for testing purposes for first-person video packages (FPV), audio surveillance, ground and air obstacle avoidance, loudspeaker accessories and customer service. Accessories are easily attached to the vehicle (i.e. video screens and signature pads).

The AT Panther lands safely away from obstacles before approaching customers as a ground vehicle for delivery. Propeller guards will be attached to prevent injury during customer interaction. The vehicle can also be operated directly by a customer service delivery team for quick turnaround of the delivery vehicle with possible video interaction with a live customer service agent. In urban areas, where traffic could slow traditional couriers, the AT Panther offers a safe delivery system that can completely bypass delays from congested road conditions. The driving capability also offers the flexibility for the vehicle to easily access doorways, delivery ports, and loading bays (i.e. shipping and receiving centers).

Different from Any Other Drone on the Market

Today’s commercial drone manufacturers have mostly focused their efforts towards developing flying-only robots. With AT’s new product, operators can expect much greater operation times by employing the driving mode, and gain the ability to explore an area more quietly than a conventional flying-only UAS. Suited especially for missions in difficult-to-reach areas, yet needing quiet or extended observation, the Autonomous AT Panther Air/Ground Robot sUAS fills a niche role not yet realized in the commercial market. The FAA considers the AT Panther a small UAS (sUAS) since it is under 55 pounds in weight. As an sUAS the AT Panther will be Part 107 eligible. No waivers will be required for Class G airspace. It is battery powered and is capable of fully autonomous takeoff and landing.

Availability to own your own Autonomous AT Panther:

The new Autonomous AT Panther Air/Ground Robot sUAS is now in production for commercial sale, and is being offered at an attractive introductory price until April 5 th so that even the general public can now own this unique vehicle. As the world’s only 1/5th scale car that can fly, this introductory price is kept low so it can compete with air-only camera drone prices and be available for the general public. Orders are planned to be filled within 120 days of payment. Flying is as simple as a quad copter control system with a ground control station that is run on a

laptop computer. Waypoint navigation planning is accomplished through the ground control station. A flip of a switch and the aircraft can switch from autonomous flight to manual radio controlled ground mobility driving. 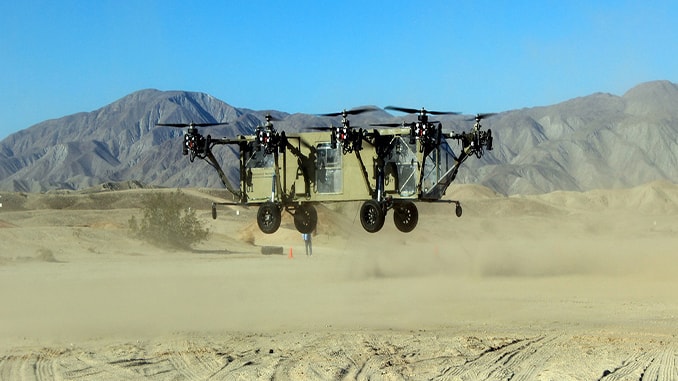 Now, Advanced Tactics has successfully miniaturized and developed its proprietary technologies to create the new Autonomous AT Panther Air/Ground Robot for commercial and consumer use. AT is interested in partnering with package delivery companies and private distributors.

The Autonomous AT Panther Air/Ground Robot and the AT Black Knight Transformer can be seen flying and driving on their respective videos in the video section at the company’s website at: www.advancedtacticsinc.com.

About Advanced Tactics: Advanced Tactics Inc. (AT) is based in Torrance, CA and specializes in research and development of next-generation military and commercial robotic vehicle technologies. AT is now focusing on the production of commercial products. A unique set of patented technologies drive the company’s progress towards providing game-changing capabilities to the world. For more information, please visit www.advancedtacticsinc.com.