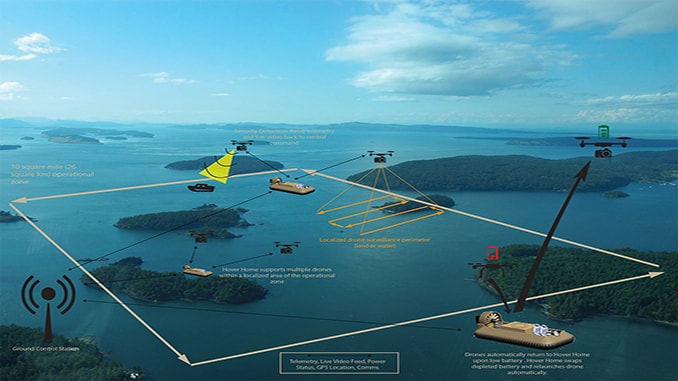 “Drones have distance, flight time and operational limitations due to battery life, maximum remote control range and line of sight restrictions,” states Ron Harris, VP of Marketing at Hov Pod. “If the drone’s home station is static, operators must ensure that drones stay within remote control range or line of sight and that each drone has sufficient power to get home safely. This is a major problem for drone operators because, limited range reduces mission capacity.”

HoverHome is also expanding the capabilities of commercial drones, by allowing for launching and landing on water, amphibiously or in remote areas and enabling data collection when and where it is needed, in a data-driven world.