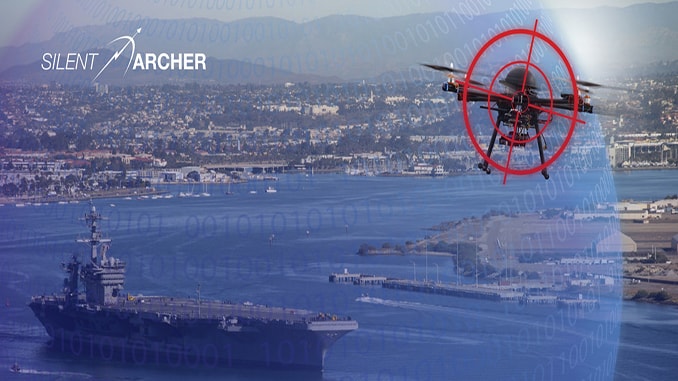 SRC is prepared to support the U.S. Navy with state-of-the-art technologies to combat the emerging UAS threat. The company’s Silent Archer counter-UAS technology will be showcased April 3-5, 2017, at the Navy League’s Sea Air Space Exposition in booth 2725.

SRC’s counter-UAS technology is currently in production and has been used to provide VIP protection and security at high profile events such as the G8 and G20 Summits as well as the 2012 Summer Olympics. In January 2017, the company was awarded a U.S. Army contract worth $65 million to deliver, integrate and sustain 15 counter-UAS systems (10 mobile, 5 fixed configurations).

Since 2005, SRC has been demonstrating the effectiveness of their counter-UAS capabilities at U.S. government-sponsored events, such as JIAMDO’s Black Dart, the Army Warfighting Assessment (AWA), Network Integration Evaluation (NIE), and Maneuvers and Fires Integrated Exercise (MFIX).

The Silent Archer system comprises an air surveillance radar, an EW system, a direction finding unit and an EO/IR camera. A user display then ties all the data feeds together in one operational picture to facilitate the decision making process for engaging the threat. The system’s multiple sensors work together to detect, track, classify, identify and, if necessary, defeat hostile UAS.

It uses a layered and scalable approach to detect and classify drones as friendly or hostile, using a combination of RF detection algorithms and radar tracking, coupled with an EO/IR camera that allows operators to maintain “eyes on” UAS in protected airspace. Together, the systems accurately identify and track threats using layered radar signature data and electronic surveillance information. The integrated EO/IR camera slews to track targets and provides additional identification information to operators.

Once a friendly or hostile discrimination has been made against the UAS target, the system is capable of delivering an array of non-kinetic, zero-cost, precision EW and cyber effects against the UAS and its control system. It can also integrate seamlessly with supplemental weapons systems and sensors to offer a true layered defense solution that includes high energy laser systems, close in weapons systems, and surface-to-air missile systems. As a benefit of the Silent Archer system’s modular design, sensors and weapons systems can be added and swapped to meet critical mission needs.

The flexible system can be configured for expeditionary mobile operations, fixed-site installations, or fly-away kit deployments. Its versatility is ideal for protecting military forces, and critical infrastructure, like ports and harbors.

About SRC
SRC, Inc. (@SRCScoop), a not-for-profit research and development company, combines information, science, technology and ingenuity to solve “impossible” problems in the areas of defense, environment and intelligence. Across our family of companies, we apply bright minds, fresh thinking and relentless determination to deliver innovative products and services that are redefining possible® for the challenges faced by America and its allies.