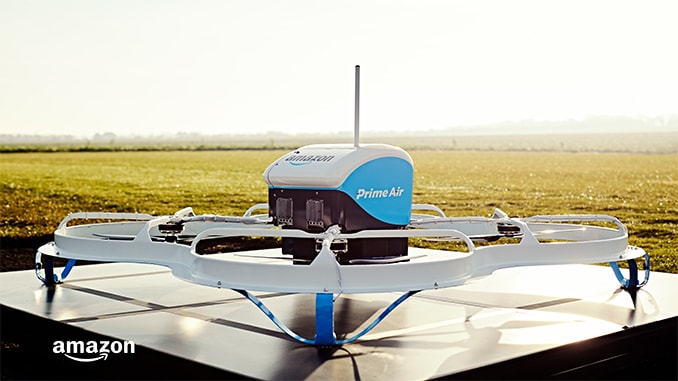 Amazon announced its plans to test delivery drones in Britain last July and in December, the firm revealed it had made its first delivery within just 13 minutes.

And although Amazon did get the green light to start testing its unmanned aerial vehicles (UAVs) at a US site last summer, the drops have only been tests.

The drone demonstrated its delivery technique during Amazon’s MARS 2017 conference at a resort in Palm Springs, Calif. The merchandise? A box containing sunscreen for the sunny California weather, of course.

During Amazon’s MARS 2017 conference at a resort in Palm Springs, California, the firm was able to show off the drone’s abilities to the public, reports GeekWire.