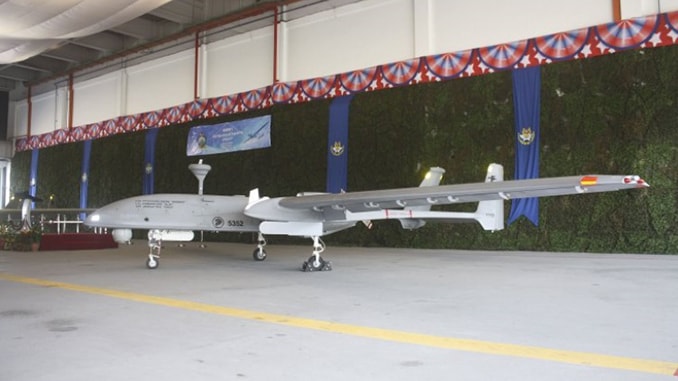 Singapore’s defense ministry marked the full operational capability for its Heron 1 unmanned aerial vehicle during a ceremony on Wednesday.

During the event, the country’s top defense officials praised the platform, noting its modern capabilities. Singapore Minister of Defense Dr. Ng Eng Hen says full operational capability for the Heron is an update for the country’s air force as a whole.

“The Heron 1 is among the most advanced UAV systems in its class, able to perform several missions simultaneously as with a suite of state-of-the-art sensors and enhanced range,” he said during the ceremony. “Apart from these conventional operations, it can also be deployed against terrorist threats, because its persistence enables it to cover a wide area of surveillance.”

The Heron is built by Israel Aerospace Industries, and is operated by air forces in Israel, Australia and India. The drone is equipped with avionics equipment to support its detection and communication capabilities, and operated by a team of pilots and engineers during missions.

The Heron replaces the Searcher-class UAV currently employed by the country’s armed forces.