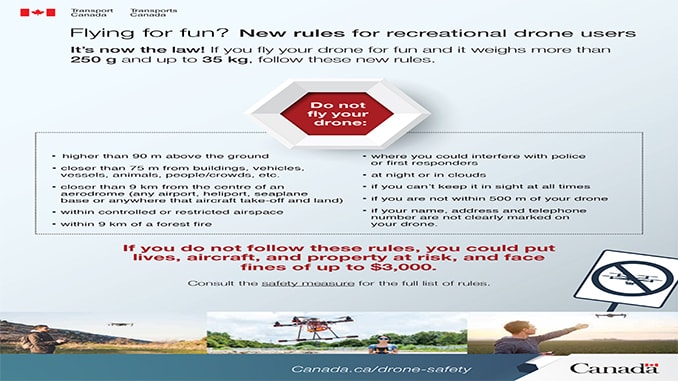 Canadians expect to feel safe on the ground and in the sky. The number of incidents involving recreational drones has more than tripled since 2014, prompting the Honourable Marc Garneau, Minister of Transport to introduce a measure to prevent the reckless use of drones that is putting the safety of Canadians at risk.

Today at Billy Bishop Toronto City Airport, in the presence of an airport, airline and pilot representatives, Minister Garneau announced an immediate measure which will affect the operations of model aircraft and recreational drones of more than 250 g and up to 35 kg. Minister Garneau was joined by representatives of the Royal Canadian Mounted Police and the Toronto Police Force.

The key new rules are that recreational drone operators must mark their drone with their contact information, and may not fly:

The list above is an overview of the new rules for recreational drone users. Consult the Interim Order Respecting the Use of Model Aircraft for the full list of provisions.

Operators of drones for commercial, academic or research purposes are not affected by this measure. The rules that are already in place are effective and most commercial users operate their drones in a safe manner.

Any recreational operator who fails to comply with the new flying restrictions and conditions could be subject to fines of up to $3,000. Call 911 or your local law enforcement agency immediately if you witness illegal drone use.

Please visit www.canada.ca/drone-safety to learn more about the new rules, and updates on the department’s progress on drones.

“I take very seriously the increased risk to aviation safety and to people on the ground caused by drones. That is why I am proceeding with this measure which takes effect immediately—to enhance the safety of aviation and the public while we work to bring into force permanent regulations.”

“The RCMP encourages recreational drone users to be responsible when operating in public places. We encourage all drone operators to think about the safety of those around them, and follow the new regulations at all times.”

Recreational drone users are responsible for learning how to fly their drone safely and legally and to comply with the new rules.

Members of the Model Aeronautics Association of Canada (MAAC) in good standing who operate at MAAC sanctioned fields or events are not subject to these rules. 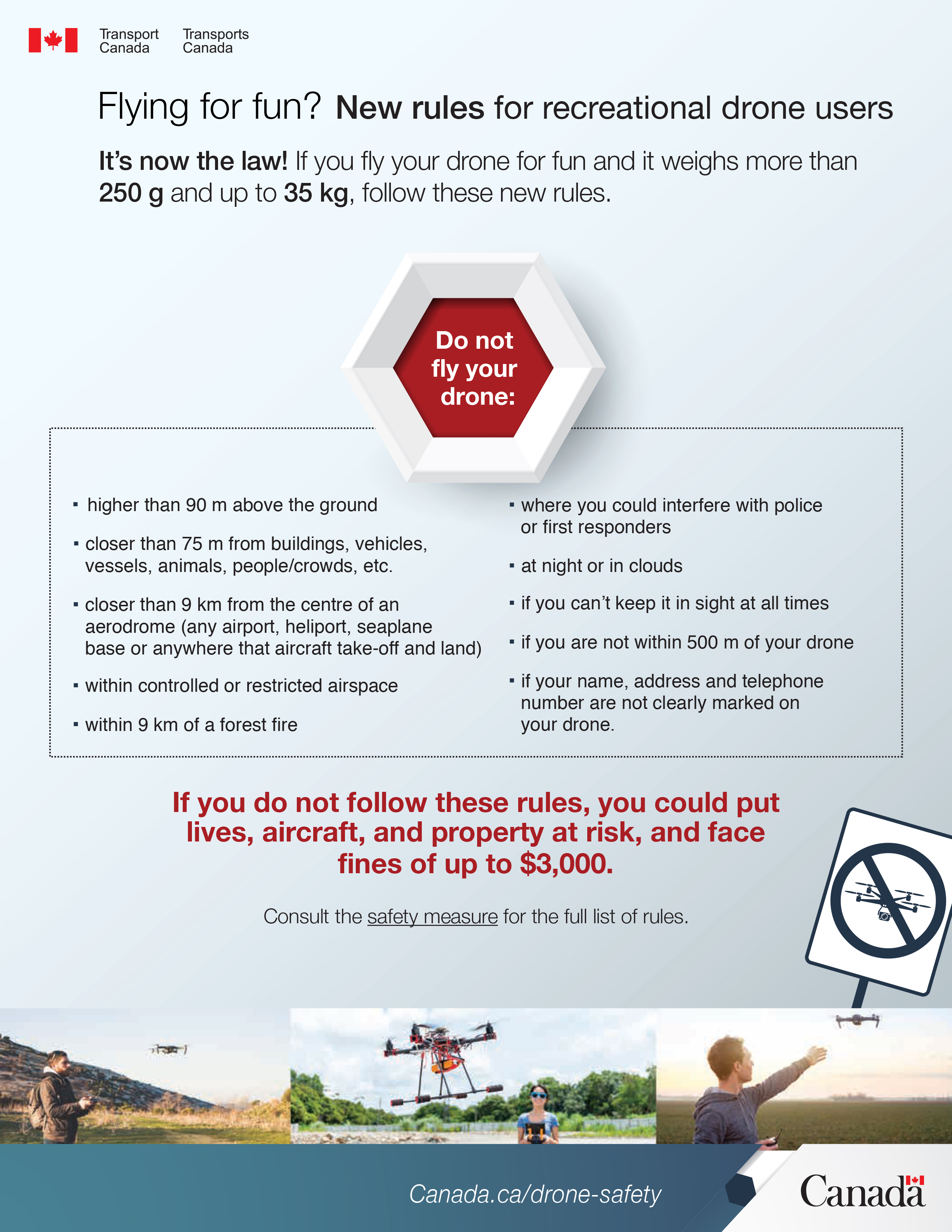