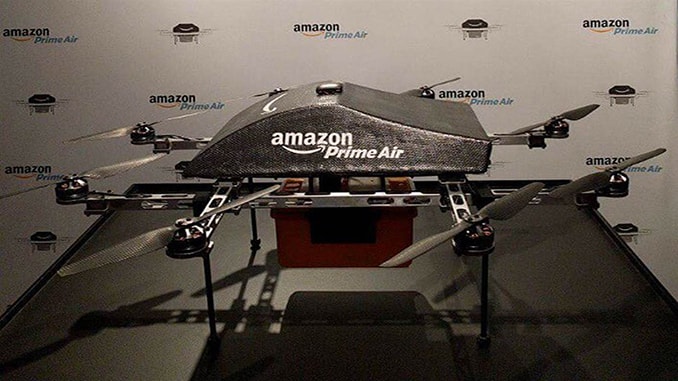 If you happen to be in Austin this week, now’s your chance to grab a quick look of Amazon’s delivery drones.

The retail giant is showcasing two of its Prime Air drones to attendees of this year’s annual South by Southwest festival in Texas.

For the first time ever, according to Amazon representatives, two of the company’s Prime Air delivery drones are on display, allowing the public to get their first in-person look at what Amazon hopes is the delivery system of the future. It was strictly see-not-fly display, however.

A bit larger than its predecessor, the streamlined drone has sense and avoid technology, ensuring it doesn’t have any run-ins in the sky. That also helps it make accurate drop-offs in its delivery zones before returning to Amazon’s fulfillment center.

The hybrid is similar to the drone that was used by Amazon last December when the company made its first-ever delivery to a man in Cambridge, England.