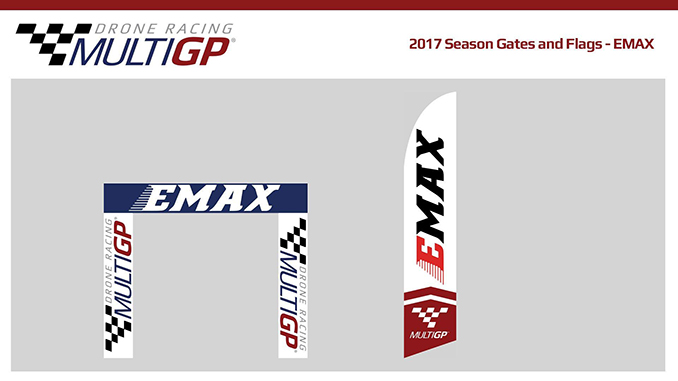 The MultiGP Drone Racing League is proud to announce that EMAX will be one of their prominent sponsors for the 2017 season. EMAX has a long-standing tradition of manufacturing high-quality components for the radio-controlled modeling community. Like MultiGP, EMAX has been there for drone sports enthusiasts since the creation of the hobby. EMAX’s Red Bottom motors were the most popular motor among pilots during the MultiGP 2016 racing season. That tradition will be continued in 2017 with even more high-quality drone racing components, as well as some truly exciting support for both chapters and pilots.

EMAX will have a major presence in the 2017 MultiGP Drone Racing season by sponsoring branded gates and flags at all of the major events, including the Regional Finals, the National Championship, and the International Open. EMAX will also be making major contributions to local MultiGP Chapters, including branded gate packages, co-branded flags, and co-branded launch mats/pads to support the sport at the grassroots level. In addition, one worthy Chapter will also receive a race timing system co-branded with the EMAX logo.

To learn more about MultiGP drone racing, and how you can get involved, join us on Facebook –https://www.facebook.com/groups/MultiGPCommunity/ and on Twitter – @Multi_GP