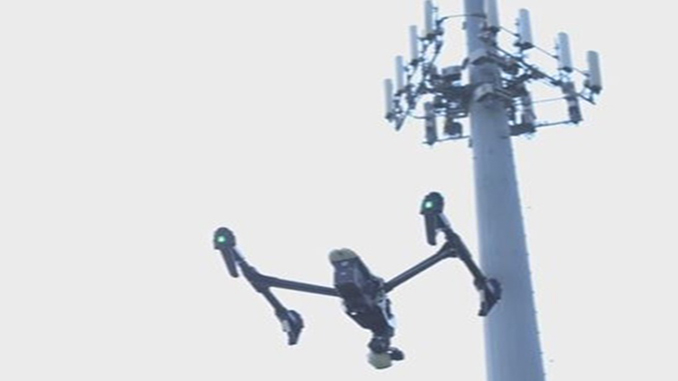 COW stands for “cell on wings,” which is the name for the UAS  carrying technology to extend cellular coverage like a stationary cell tower does – albeit versatilely to areas affected by outages, according to the report.

ARS Technica reported that AT&T is already using drones to inspect its towers and has been testing flying COWs (Cells on Wings) for about a year for large events such as ball games or concerts. According to AT&T, the flying COWs also “capture data from network sites and feed the data to AT&T systems, helping the carrier make changes to its network in real time.”

AT&T is working with Intel to test LTE-connected drones to provide better wireless service at large venues. In this case, the COWs would be tethered to the ground so they wouldn’t fly away. Currently testing is part of a trial project, AT&T’s “national drone program.” Program Director Art Pregler told MarketWatch the COWs wouldn’t have to fly too high, perhaps just under the roofline of stadiums or buildings. The testing team includes people with military, flight control and tech experience.

The technology is intended to be used only where needed, per the report.