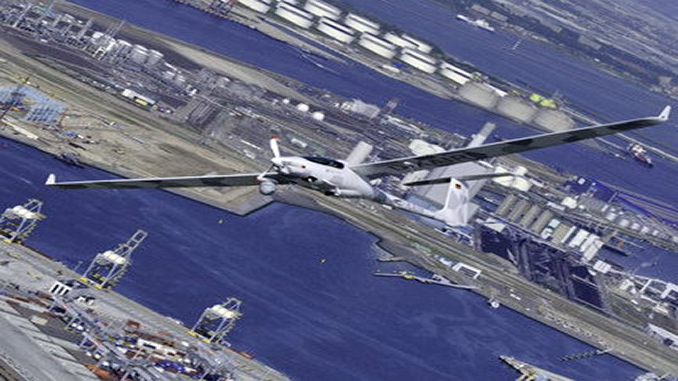 The agreement was announced on 19 February to coincide with the opening of the International Defence Exhibition and Conference (IDEX) 2017 in Abu Dhabi.

The companies said a comprehensive solution will be created, including the Ground Control Station, suitable for a variety of mission profiles.

Ecarys is a wholly owned Stemme subsidiary and specializes in providing platforms for aerial surveillance, reconnaissance and scientific research missions. The new optionally piloted aircraft is a Stemme product, directly supported by the company as the original equipment manufacturer and will be powered by S-Plane avionics and ground control station. S-Plane said the aircraft is expected to be of wide interest.

An OPV combines the benefits of a manned aircraft with those of an unmanned aerial vehicle (UAV). As a manned aircraft, the OPV can execute missions that demand human judgment and control, such as flight in civil airspace, flight over congested areas, flying at low level and transporting passengers. When the pilot is removed from the cockpit the system can perform unmanned missions which require extreme endurance or are more dangerous to perform.

The ES15 OPV can operate completely autonomously with a remote pilot being able to take control of the aircraft and payloads at any time.

S-Plane recently partnered with South African company Ultimate Unmanned to launch the Viper 1000C optionally piloted UAV, which is based on the Stemme S15 motor-glider. Ultimate Unmanned exhibited for the first time at the Africa Aerospace and Defence exhibition in September 2016 where it launched its UAV business.

The endurance of the Viper is 28 hours with external and internal extended endurance tanks. Multiple payload options include high definition cameras, forward-looking infrared systems, and night vision systems. For the Viper, S-Plane provided its Paragon command and control system as well as automation avionic and ground systems.

Also during Africa Aerospace and Defence 2016, S-Plane launched its XKIT automation solution, which converts an existing manned aircraft into an optionally piloted vehicle.

S-Plane was established in 2008 and specializes in optionally piloted vehicles and unmanned aerial vehicles and their navigation, flight control and mission management subsystems, including ground support elements. All software is developed in-house and all hardware is manufactured in South Africa. Product and development scope spans both the civil and military UAV markets, and also extends to autonomous land, sea-surface and underwater vehicles and their subsystems.