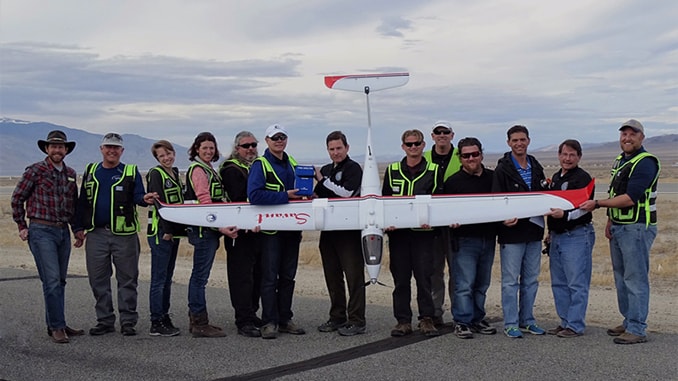 Nevada’s unmanned cloud-seeding research team today realized another fundamental capability in its effort toward enhancing snowfall in mountainous regions of the West.

The test flight of the Savant™ fixed-wing cloud-seeding aircraft was the longest unmanned, cross-country round-trip flight in Nevada history.

Beyond Visual Line of Sight (BVLOS) describes an aviation event in which the unmanned aircraft flies autonomously over a long distance. Flight crew members control and track the aircraft in real-time using computer-aided controls, but the pilot is not capable of visually following the aircraft during flight with the naked eye.

“We have now demonstrated without a doubt that our unmanned cloud seeding technology and capabilities can move beyond the line of sight – a significant hurdle in this industry,” said Adam Watts, Ph.D., principal investigator on the project and an assistant research professor at DRI. “Most importantly, we have done this safely and in following all FAA regulations and guidelines.” 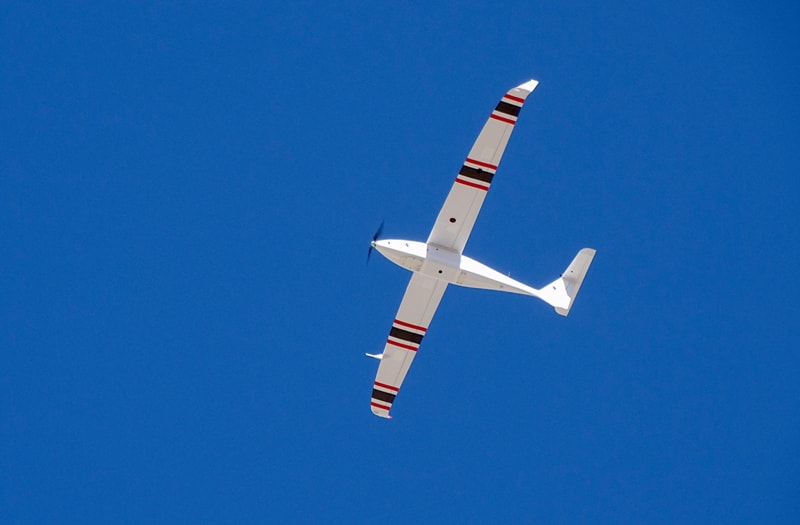 For more than a year a DRI-led research team, supported by the Nevada Governor’s Office of Economic Development through the Knowledge Fund, has been working to develop an unmanned cloud seeding aircraft capable of helping communities address the ongoing impacts of drought and explore innovative solutions for natural-resource challenges such as augmenting regional water supplies. The research team combines more than 30 years of weather modification research and expertise at DRI with the proven experience in aerospace manufacturing and flight operations of Reno-based Drone America, and the industry leading unmanned aerial data services of Las Vegas-based AviSight.

“Reaching this milestone allows us to now focus on a higher altitude, longer distance flights; as well as the extreme challenges of flying our advanced unmanned fixed-wing aircraft in the harsh, icy weather that comes with optimal winter cloud-seeding conditions,” said Mike Richards, President, and CEO of Drone America.

The field operation was supported by multiple ground-based safety officials and visual observers.

“Hawthorne offers an ideal location for BVLOS testing for both small and large UAS (greater than 55 pounds),” said Chris Walach, Ph.D., Director of the FAA-designated Nevada UAS Test Site. “And, when combined with the NASA tested BVLOS drone flights at one of the Nevada UAS Test Sites late last year, this again demonstrates Nevada’s foremost capability to lead and support the nation’s UAS industry and help advance BVLOS techniques and procedures that will eventually lead to safely integrating unmanned aircraft into the national airspace.”