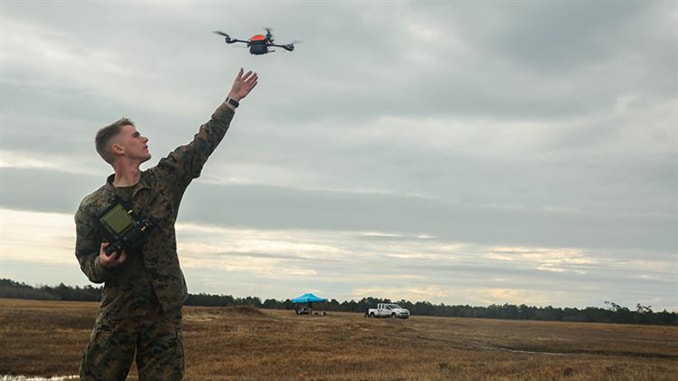 The Instant Eye is made by PSI Tactical, and is capable of taking off and landing at 90-degree angles. Many other unmanned aerial vehicles require either a runway or throwing for launch. According to the U.S. Marine Corps, the device is ideal for reconnaissance operations in heavily clustered areas.

“We can send this thing ahead and it can look for us,” Cpl. Isaac Brown explained in a press release. “We don’t have to send Marines not knowing what’s on the other side of any obstacle.”

In addition to its maneuverability, testers also praised the Instant Eye for its stealth capabilities. The hand-held aircraft is fitted with rotary wings, allowing it to move through tight spaces such as walls or buildings.

“It reduces the need for forward observation…and can take some of the risk out of patrolling,” SAUS instructor Shaun Sorensen added.

The testing was conducted by Task Force Southwest, a force comprising roughly 300 Marines. The team is scheduled to train, advise and assist troops in Afghanistan in the spring.