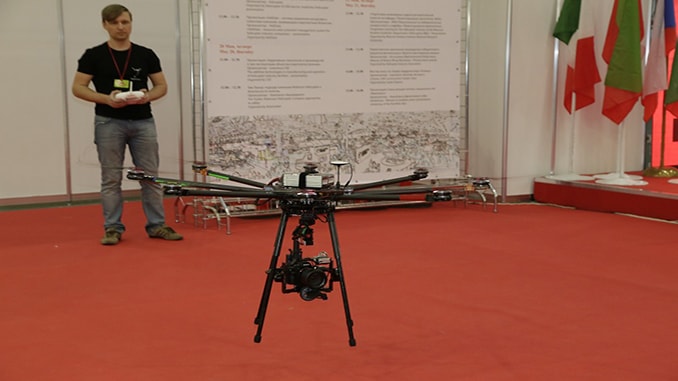 From May 25 to 27 the anniversary 10th International Helicopter Industry Exhibition HeliRussia will be hosted in Moscow. It’s the largest and most authoritative event in the helicopter industry for the region. This year HeliRussia will continue to develop the trend of previous years expanding the presence of the unmanned aircraft systems (UAS) industry on display and in business programs.

Today UAS is one of the high growing sectors within aerospace. More than 4 million of small UAVs were sold in 2015 worldwide. By 2025 increase in sales volume is forecasted up to 100 million units. As it was mentioned at the “Legal framework and practical aspects of UAV use” conference (held by AERBAS Association), which took place on February 9, by 2035 the total world market volume for UAS will reach about $200 billion. Russian share of this market may make up $35-40 billion. To achieve this level active cooperation within UAS industry and with other aerospace, players are required as well as improvement of the legal framework in Russia.

The 2nd “Industry of Unmanned Aircraft Systems” International Conference is planned for the HeliRussia 2017. It will serve to enhance the coordination and cooperation between the UAS and mainstream aerospace industry. It is expected that representatives of aviation authorities and government agencies, in charge of the aviation industry, are to join the event. Conference attendance is free for trade visitors.

The UAS industry companies have always been at the HeliRussia in previous years but the last year marked an absolute record: 16 various UAVs were on display, the number of companies involved in the unmanned technologies has grown significantly. This happens due to the fact that helicopter and UAS industries are closely related having in use many of the common technologies also sharing the same customer base. In recent years, many helicopter-industry enterprises are showing high interest in the unmanned technologies. Thus, HeliRussia becomes the best place for the companies within UAS industry to visit, if they’re looking for customers amongst major aviation and industrial companies also amongst government agencies.

Visiting HeliRussia 2017 will be useful for anyone interested in the unmanned industry because this event allows to see not only the current state of affairs but also to get a deep insight on the industry future. The “Industry of Unmanned Aircraft Systems” International Conference in the past year have gathered a positive feedback from all the participants. The event featured over 30 presentations on legislative regulation of the UAS industry, safety aspects, technical achievements, development potential and other topics. The second conference this year will pick up these topics and will introduce the new important ideas to discuss, such as the personnel training and careers in the UAS industry. The conference is organized by the AERBAS Association, Helicopter Industry Association (HIA) and HeliRussia Management.

HeliRussia 2017 is held in accordance with the Russian Government’s decree and is organized by the Ministry of Industry and Trade of Russia. The HIA provides support for the event.