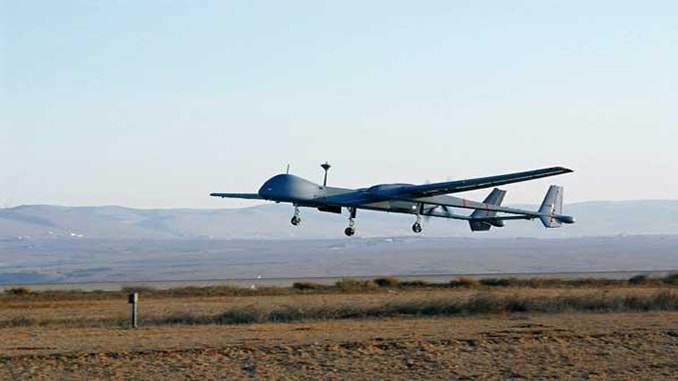 Israel Aerospace Industries revealed an export version of its Heron TP unmanned aerial vehicle, which is set to be displayed at the Aero India 2017 conference.

IAI’s export variant is nearly identical to the company’s domestic version. The export Heron is fitted to carry smaller payloads than the variant sold to Israel’s armed forces, featuring a 992-pound capacity compared to the original Heron’s 2,204-pound payload capacity according to IHS Janes.

Israeli defense officials note the change allows members of the Missile Technology Control Regime to procure the UAV, and will likely influence other UAV makers to implement similar adjustments to fit the organization’s regulations.

“We will see more such adapted systems in the very near future,” an Israeli defense source told Flight Global.

The new Heron variant will be displayed at Aero India 2017, an aerospace and defense conference taking place in Bengaluru between Feb. 14 and Feb. 18. India was admitted to the Missile Technology Control Regime, or MTCR, in June 2016.

“India is one of IAI’s leading markets,” IAI president and CEO Joseph Weiss said in a press release in January. “This important market is characterized by long-term collaboration, joint development and production, technology transfer and technical support over many years.”

The MTCR has 35 members which include the United States, Russia, Britain, Australia, Turkey, South Korea and others. The organization was formed to slow the proliferation of missiles and UAV technology capable of carrying larger payloads.