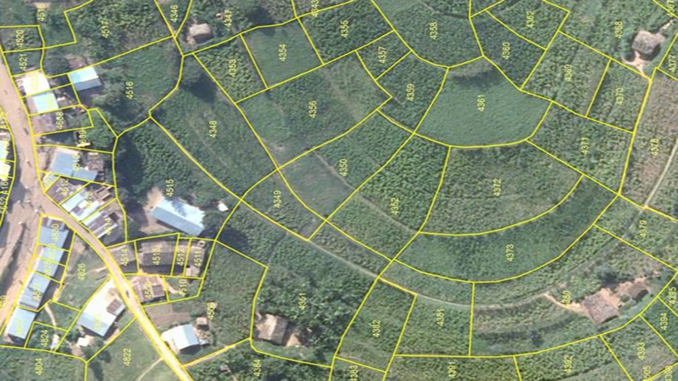 Rwanda Forges Forward With Drone Mapping And Delivery Use

After Rwanda made waves in the news early last year for allegedly being the first country to approve drone delivery, people payed attention. The country, with its rolling hills and one of the fastest growing economies in Central Africa, has already established regulations regarding drones and become a vanguard of sorts for the region.

“My impression is that there is a huge market in Africa at the moment,” said Francesco Nex, assistant professor at the ITC Faculty, University of Twente. “They are growing very fast, with a shortage of surveying and maps available.” Nex recently taught photogrammetry for an applied drone mapping training at INES-Ruhengeri Institute in Rwanda, along with his colleagues Rohan Bennett, and Anton Vrieling.

The Netherlands annually sponsors such continued education events for former students of Dutch institutes, and for 2016 the University of Twente organized a course in Rwanda on the latest drone mapping techniques. “They were very, very, enthusiastic,” Nex said of the 196 applicants, from which they selected 20 students from 8 neighboring countries. “Most of them asked me very specific questions for specific problems. They really knew what they were looking for and had big expectations for this course and the use of drones.”

The ability to map a crop using multispectral images to better understand its quality has potential to expand the practice of precision agriculture. Gerald Forkuor, lead remote sensing scientist for WASCAL and training attendee, explained that the predominance of subsistence farming in the region means small field sizes, which require a cheap and efficient imaging system to capture them. In addition, “Persistent cloud cover prevents optical sensors from acquiring cloud-free images during the main cropping season,” said Forkuor. “Knowledge of how UAVs can support in reducing such effects is very necessary.”

Leonard Sweta, training attendee and GIS analyst at the Centre for Mapping of Resources for Development (RCMRD) in Kenya, stated that learning how to create 3D models and calculate vegetation indices in Pix4Dmapper were the most valuable part of the training. He aims to derive new techniques in land innovation and agriculture from them.

“The idea was to explain how to use UAV images to update maps, for cadastral,” said Nex. “Most of the country has cadastral maps that are very out of date — from flights done sometimes over 20 years ago. There are also big informal settlements. This means there are large areas where you don’t know what’s going on.” Where there are mapping agencies with aircraft in the region, often sensors are not included and need to be rented, creating an impractical and expensive solution.

Mireille Biraro, head of the department of land administration and management at INES-Ruhengeri, attended the course to learn Pix4D’s drone photogrammetry workflow for land administration activities. “In Rwanda, we used aerial images to register land.” Said Biraro. “But those images were captured with a plane. UAVs can be a potential tool to acquire new imagery to update the existing.”

As in Rwanda, drones are beginning to be recognized around the world as a powerful surveying solution. Accessible in terms of price and availability, their sensors quickly capture data that can be turned into valuable topographical and agricultural information in Pix4Dmapper software. Eyes are on Rwanda as it uses, and spreads knowledge of, drone photogrammetry solutions.

Datumate New Release Of DatuSurvey™ V5.1 For Both Professional And Enterprise Editions

Caterpillar Invests in Airware to Improve Site Productivity with UAVs