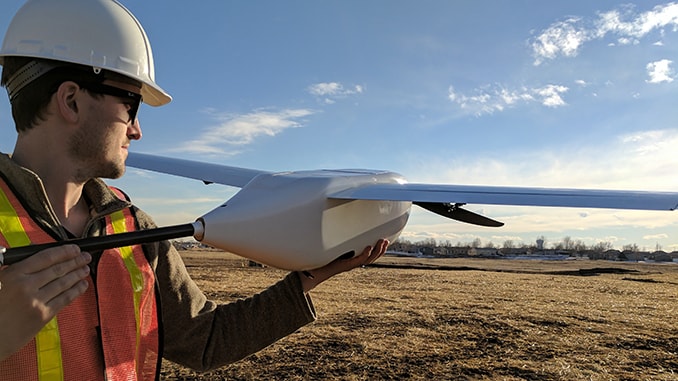 Baam.Tech is excited to announce their company launch as well as the launch of their brand new fixed-wing aircraft, the Futura. The Futura was designed specifically for the commercial surveyor and centered around the strong belief that current commercial UAV systems fall short to accomplish timely and accurate data collection in the field.

Yesterday’s drone utilizing surveyor had limited options. He could bring one of several delta wing systems into his operation, but these systems have many limitations. The first being data collection. The light aircraft body is only capable of carrying a single camera at a downward facing angle which limits the scope of the landscape the camera can pick up. An easy comparison to imagine is the limited perspective one is able to see while viewing a landscape on Google Maps under satellite view. Delta wing style UAVs allow many details to be left out and therefore data suffers.

The second downside that contributes to further data obstruction is the delta wings vulnerability to wind and weather. Again, due to its light body, the aircraft develops heavy rocking motions in winds and turbulence. The rocking motion does not disable these aircraft from flying but does disable the payload from collecting reliable data. And once the aircraft is in winds at or above 10 mph, most aircraft are forced to land.

The third major downside of such systems is low flight times, and flight speed and therefore slow data collection. This means multiple trips to the field and longer hours to finish the job.

There are of course other alternatives such as larger fixed wing, fuselage style units. But yesterday’s surveyor had just as many pros with these systems as cons. These systems are large, bulky, and hard to travel with. On top of that, many of these systems require catapult systems which add to their complexity and make them even more challenging to travel with.

Baam Tech, recognizing the uncomfortable decision facing commercial surveyors in incorporating UAV into their operation, set out to create an aircraft that addresses all problems facing survey grade drones.

And it looks like they have done just that.

The new Futura aircraft has many unique attributes, but the most notable are seen it’s data collection ability. With a 77” wingspan, the aircraft is not only able to carry a more sophisticated camera but two cameras. It is a brand new system Baam Tech calls Dual Camera Oblique Array. This system uses two cameras, sitting at oblique angles that allow more accurate fully 3-dimensional data collection.

This achieves higher precision around areas of vegetation and steep terrain. This technology captures close to 2x more data than a single downward facing camera.

The second major attribute of the Futura aircraft is seen in its efficient flight operation. The Futura can fly and collect accurate data in winds up to 40 mph and has the power and durability to fly 1000 acres per flight. And due to the dual camera oblique array technology, the aircraft flies in a much wider flight path than other aircraft on the market due to the wider field of vision.

The third and most unique feature of the Futura is the ability to land in small forested areas.

It has a landing angle between 30-45 degrees, which enable it to easily avoid large trees in a close radius landing area. This is the first fixed-wing aircraft to achieve such a feat.