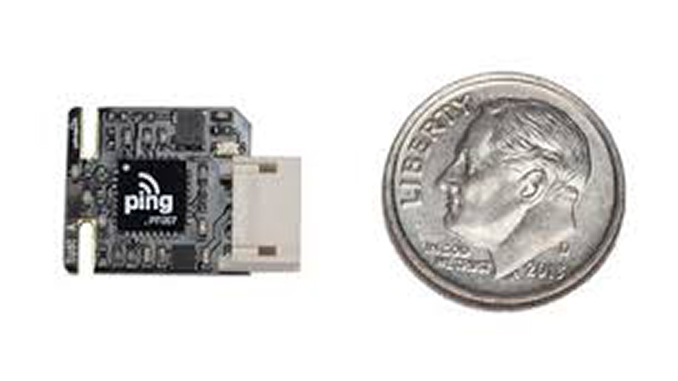 uAvionix Corporation, announced the development and test of its smallest ADS-B transceiver yet.  Weighing less than 1 gram, a dime sized ADS-B prototype module for drones with transmission power between 0.01-0.25 Watts could provide visibility to any aircraft equipped with ADS-B “IN” avionics from 1 – 10 miles away, and is small enough to integrate directly into professional and consumer-level drones.  uAvionix is working with the FAA and other partners under a Collaborative Research and Development Agreement (CRDA) to test the unit, along with other uAvionix products.

A recent study published in January 2017 by The MITRE Corporation’s Center for Advanced Aviation System Development (CAASD) imagined a future world of very high traffic densities of drones operating with ADS-B onboard, and then sought to understand the implications of that.  The study suggests that there is a nominal transmission power output between 0.01 and 0.1 Watts that when coupled with limited drone traffic densities can result in a compatible operation with the system as a whole.

“We developed this product to show the world the art of the possible,” said Paul Beard, CEO of uAvionix.  “We can’t yet sell this device because the standards that were developed for ADS-B did not take into account the value of air-to-air ADS-B communications between small drones or between small drones and manned aircraft.  It’s literally not legal to transmit at these low power outputs.  We aim to lead the discussion and development of those standards, and will work with any regulatory body to do so.”

The MITRE report can be found here: http://www.mitre.org