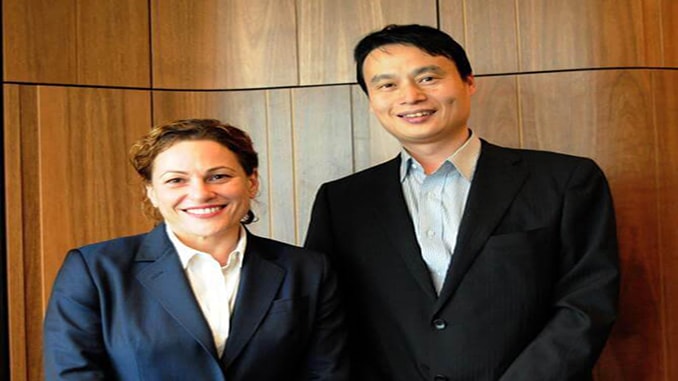 Terra Drone Corporation is pleased to announce an establishment our Australian branch, in Brisbane.

We will bring the several cutting-edge technologies of UAVs from Japan, and make an innovation in this country with QLD government. The following press release is issued by Queensland government, We would really appreciate it if you could confirm.

A major Japanese start-up has chosen Queensland for its regional office after being inspired by the Palaszczuk Government’s drive to advance innovation and entrepreneurship across the state.

Deputy Premier and Minister for Trade and Investment Jackie Trad said Terra Drone, Japan’s leading unmanned aerial vehicle (UAV) provider, made the decision to come to Brisbane as a result of the Premier’s trade mission to Japan in November 2016.

“Terra Drone were really excited about the Palaszczuk Government’s focus on innovation and decided that Queensland was the ideal place for a base in the Asia Pacific region,” Ms Trad said.

“They will be setting up in Brisbane’s River City Labs innovation precinct and will be looking to build on their already productive relationships with local businesses and academics.

“On his recent visit to Brisbane I was very pleased to meet with CEO Toru Tokushige, who was enthusiastic about Queensland’s drone-friendly policy framework as well as the support for innovation, entrepreneurship and growth through our Advance Queensland policy.

“Collaborations with international companies like Terra Drone will further drive innovation and create jobs in Queensland in industries like mining and agriculture but also in traffic management, infrastructure and healthcare.”

Mr Tokushige attended an Infrastructure Investment Seminar in Tokyo during the Premier’s trade mission and has since visited Queensland several times to explore collaboration opportunities.

“We are bringing our cutting edge and innovative technology to Queensland and are looking to expand our business to a broader global market.”

Mr Tokushige’s 20 years’ experience in establishing start-ups, including in Silicon Valley, and success with disruptive technologies has earned him a reputation as the ‘Elon Musk’ of Japan and has led to Terra Drone’s shareholders including former CEOs of Sony, Apple Japan and Google Japan.