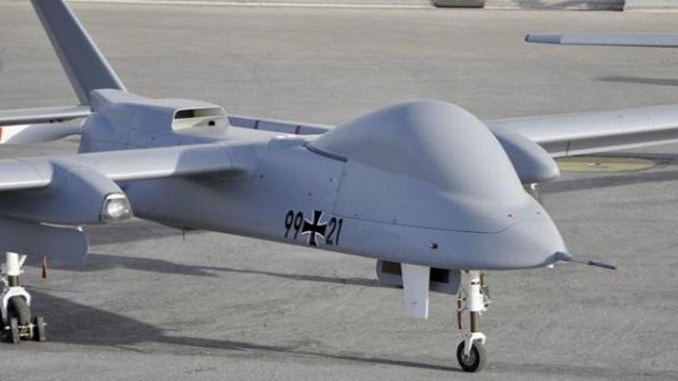 The German military has signed a one-year lease extension with Airbus DS Airborne Solutions for the Heron 1 reconnaissance drone system used in Afghanistan.

The lease extension contract is worth about $37.5 million, the Bundeswehr said.

German troops are part of an international military effort to help Afghanistan in its battle against Islamist Taliban insurgents. The Heron unmanned aerial vehicle is part of its Imaging Reconnaissance System in the Depth of Theater mission.

“Aerial reconnaissance is an essential means to identify potential threats in good time and thus contributes to the immediate protection of our soldiers on operations,” said Michael Engelmann, director of Central Affairs at the Federal Office of Bundeswehr Equipment, Information Technology and In-Service Support.

The Bundeswehr has been using the Heron 1 system for aerial reconnaissance in Afghanistan since 2010. The contract extension will allow German use of the drone in Afghanistan until February of next year.