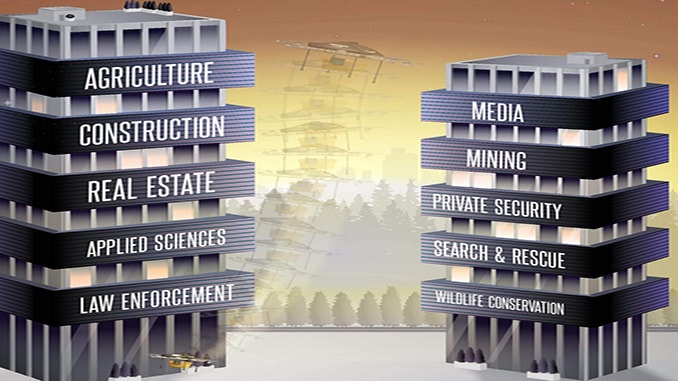 The Commercial Opportunity for Drones in 2017 and Beyond

Over the next three years, Goldman Sachs Research forecasts the drone industry market opportunity will reach $100 billion, with industries such as construction, oil and gas, and agriculture expected to see significant growth. The passing of the FAA’s Part 107 rule in mid-2016 led to booming commercial interest, and this year, the drone ecosystem is expected to help foster the commercial adoption of other hot technologies such as virtual reality and 3D printing. 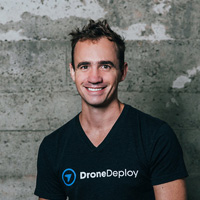 For example, Nicholas Pilkington, DroneDeploy’s Co-Founder and Chief Technology Officer, explains how drones will enable virtual reality technology in construction: “Through the aggregation of drone imagery and data of project sites and material stores, we’re already seeing construction companies like Brasfield & Gorrie experimenting with virtual building information modeling (BIM) to provide virtual ‘walk-through’ tours of current and projected construction spaces. Not only does this provide clients and design teams an immediate visual representation for presentations and the design review process, it also provides pre-construction teams with the ability to cut down on heavy travel costs and prevent job site injury – all pre-construction team members can become familiar with job sites right in their own office, no matter where they are.” 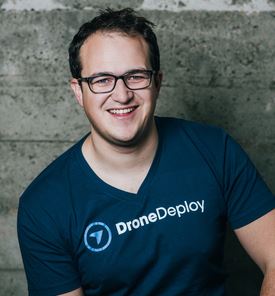 in drones for improving efficiencies in agriculture. The technology is rapidly maturing, enabling offline and low-bandwidth modes for rural farmers and much more sophisticated tools enable deeper insights and better integrations with existing farm software. This aggregation of new data will help farmers continue to improve yields.  “We already experienced early adoption of drones in 2016, before the FAA announced part 107, enabling anyone to fly drones commercially. In 2017, we’ll see two to three times more drones in agriculture collecting data not just on large, corporate farms, but also smaller, privately-owned farms, including those in the most remote areas. We’ll also likely see ‘traditional’ ag manufacturers such as CNH and John Deere accelerate how they leverage drones for their customers.”

Pilkington also notes affordable commercial drone hardware will enable other businesses to experiment much more with drone data. However, there is a still a major challenge: sending and processing high-resolution drone maps as quickly as possible from different devices. “In order for enterprise organizations to fully adopt drones, current network speed and processing power constraints will need to be resolved. However, Intel and Qualcomm’s recent entry into the drone industry will spark some exciting competition. Keep a close eye on how they – along with established players such as DJI – solve these networking challenges in 2017 and beyond.” 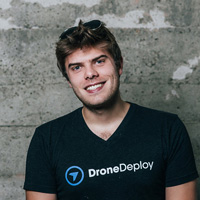 Finally, even drones in sports entertainment will help improve drones for business. As Jono Millin, DroneDeploy’s Co-Founder and Chief Product Officer adds, “Drone racing has grown very quickly. Today there are races nearly every weekend in cities across the U.S. (and the world) and big names like ESPN and GoPro are sponsoring these events. Racing is driving innovation of drone technology – airframes, motors, propellers, sensors, low-latency wireless communication, FPV goggles, and more – resulting in better and lower cost commercial and consumer drone components. Similar to how proven race car technology (for example, independent suspension, push-button ignition starters, etc.) have trickled down to the cars consumers drive today, we all stand to benefit from drone racing.”

With the passing of Part 107, an increasing number of business are starting to have access to real-time aerial data. Construction companies have found drones can prevent employee injury and streamline project timelines, while farmers are increasing their yields. More enterprise companies are experimenting with drone data, as it becomes more scalable and cost-effective to add drones to more job sites.  While there will, of course, be challenges to overcome (and it will be very interesting to see how the political landscape evolves under the new U.S. president) the tidal wave of commercial drone adoption is well underway, and will only continue to swell in 2017.