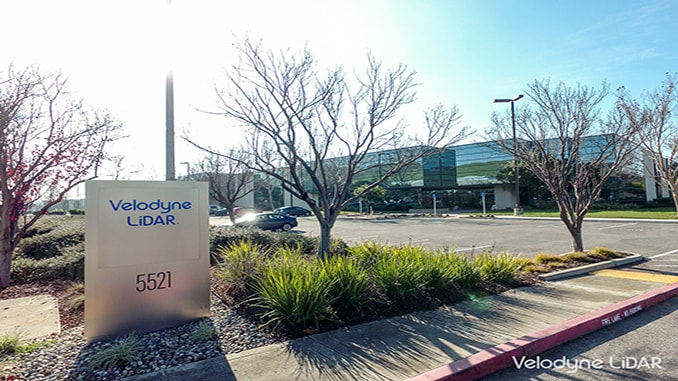 Velodyne LiDAR Inc., the recognized global leader in Light, Detection and Ranging (LiDAR) technology, today announced the opening of a Megafactory that will significantly ramp up production of the latest 3D LiDAR sensors to meet high global demand.

Located in San Jose, CA, the enormous facility not only has enough space for high-volume manufacturing, but also for the precise distance and ranging alignment process for LiDAR sensors as they come off the assembly line. The Megafactory is already producing Velodyne’s HDL-64 LiDAR sensor, with production ramping up across Velodyne’s entire product portfolio and more than one million LiDAR sensors expected to be built in the facility in 2018. That high-volume manufacturing will feed the global demand for Velodyne’s solid-state hybrid LiDAR, the primary and critical instrument needed for autonomous car systems around the world.

“This Megafactory provides Velodyne LiDAR the space it requires to manufacture its cutting edge, long-range sensors in a single location, as well as the ability to scale to meet growing global customer demand for LiDAR while pursuing an aggressive growth strategy,” said Mark Shandley, vice president of operations, Velodyne LiDAR. “In addition, the location in Santa Clara County is ideal, as it allows us to produce LiDAR sensors in the US with a skilled workforce alongside precision robotic manufacturing processes so we can continue to grow and deliver world-class products.”

In addition to the San Jose Megafactory, Velodyne LiDAR has also opened a new research and development facility in Alameda, CA. Known as Velodyne Labs, this location focuses on building advanced LiDAR, ASICs chip technology, and new solutions to complete and compliment the company’s existing LiDAR lineup. The Megafactory and R&D facility join existing corporate and production facilities in Morgan Hill, as well as new or expanding sales offices in Northern California, the Midwest, East Coast, Europe, and Asia. Taken together, Velodyne LiDAR has positioned itself in 2017 to increase its leadership position in the development and production of LiDAR sensors that provide 3D vision for industrial applications, UAVs, and a rapidly expanding autonomous vehicle industry. In fact, Velodyne LiDAR is actively hiring in all locations for talent in a multitude of opportunities.