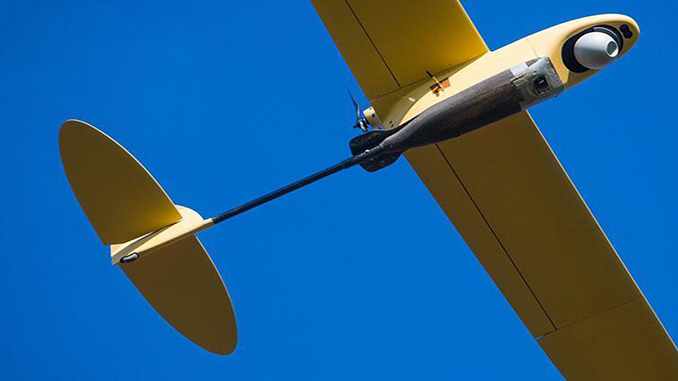 More than 200 small unmanned aerial vehicles are being supplied to the French military by Thales for reconnaissance missions.

The Spy’Ranger drones, which can be launched within minutes by a two-person team, are capable of transmitting high-resolution video in real time and will replace frontline reconnaissance UAVs currently in service with the French army.

“Developed by Thales in cooperation with French SMEs — Aviation Design and Merio — in under 13 months, Spy’Ranger will offer French Forces a number of innovations that provide real capability gains,” said Jean-Pascal Arrou-Vignod, Thales’ vice president in charge of its Optronics business. “Spy’Ranger will therefore markedly contribute to the gathering of frontline intelligence and to the protection of forces in operation.”

The contract was issued to Thales by the Direction Générale de l’Armement.

The contract includes a firm order for 35 systems, the first of which for delivery in 2018.

The UAVs have a wingspan of nearly 12.5 feet, weigh about 32 pounds and have a flight endurance of 2.5 hours. Its range is about 18.6 miles.