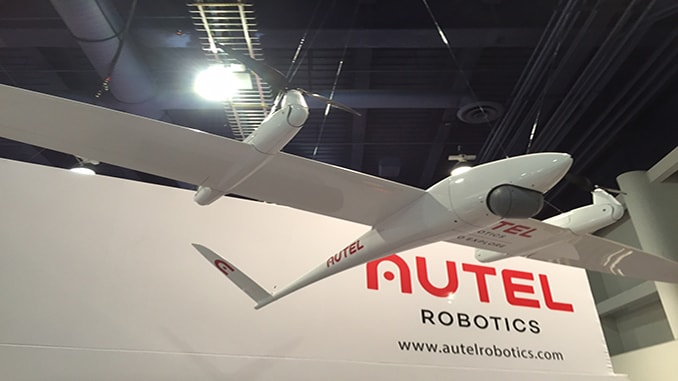 Drone manufacturer Autel Robotics announced today that its vertical takeoff and landing (VTOL) Kestrel platform will be available in 2017. The company will be seeking initial alpha customers globally, starting at CES 2017 in Las Vegas. A new, compact 5kg VTOL concept will also be added to the research lineup. Both the original Kestrel and the 5kg VTOL concept will be on display at the Autel Robotics booth at LVCC, South Hall 2-25618.

“The Autel team has been working on all aspects of the Kestrel system from ground control and sensors to data analysis software,” Dr. Jian Wang, Director of Research and Development at Autel, said. “We are excited to start working with customers in 2017.”

Kestrel, first shown as a concept at CES 2016, is a full end-to-end system including flight planning tools, a ground control station, flexible payload options, and data analysis tools to serve the rapidly-expanding commercial and industrial UAS market. It marries quadcopter capabilities with the aerodynamic advantages of fixed-wing aircrafts for long-range flights and an extended battery life. The projected maximum flight time for Kestrel will be about two hours.

The company also announced that it is researching a smaller, 5kg VTOL concept to add to the Kestrel family. This project features a new propeller configuration and a compact, lightweight airframe. No timeline for this concept has been announced.

“With the addition of the 5kg project, we will be able to cover a much broader range of applications.” Wang said. “The optimized aircraft concept, developed together with our research partners, will allow for leading performance in this class of professional drone systems.”

No Replies to "Autel Robotics to Deliver Vertical Takeoff and Landing Kestrel System in 2017, Adds New Model to Research Lineup"