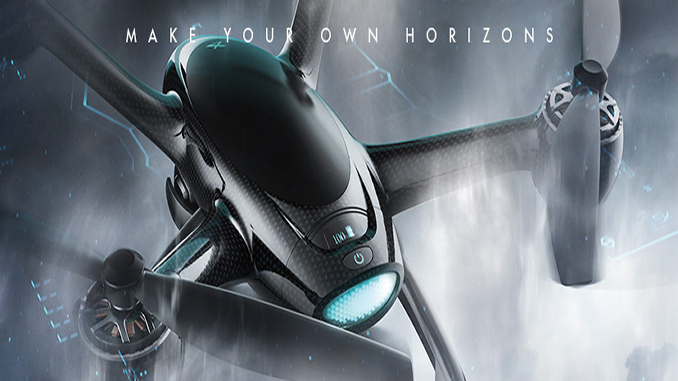 Aerial photography and filming experience with XDynamics Evolve begins at your fingertips. Evolve redefines the consumer drone by equipping users with a revolutionary and patented remote controller, supported by a processing powerhouse with integrated software, in the form of two separate screens. Both screens are luminously visible and perfectly operable even in direct sunlight, by achieving two times the brightness of ordinary smartphone screens.

Functioning as a 7-inch viewfinder and a 5-inch multi-touch control panel, the foldable dual-screen is complemented with minimal buttons and sticks, bringing an intuitive experience which draws inspiration from smartphones and digital cameras to handheld game consoles.

Embodied in an all-in-one package of hardware and software, Evolve remote controller is a smart pilot system (SPS) which combines all required functions for amateur and professional users’ flying and filming needs under a single interface:

Benny Chan, CEO of XDynamics concluded, “The remote controller is what differentiates XDynamics Evolve from competitors the most. It has everything prepared and covered. You need no separate apps, smartphones, and cables to assemble a full-function remote controller. Performance, reliability, and safety are within your reach.”

Evolve drone delivers incredible wireless live view performance with 1080p full high definition video at 60fps and transmission latency below 10 milliseconds. With zero latency transmission, filmmakers can monitor framing and composition in real-time, and never miss a critical shot. It is ideal for commercial TV and film production, infrastructure inspection, and other applications that require delay-free control of aerial camera.

XDynamics Evolve is a quadcopter with a monocoque chassis constructed of carbon fiber, integrating the body and the chassis into a single unit. In addition to a premium touch and feel, it provides better resistance to impact, stronger structural stability, as well as improved flight dynamics.

Equipped with a set of 21mm f/2.8 lens and Sony CMOS image sensor, with effective pixels of 12.4M, and supported by a 3-axis gimbal stabilizer, Evolve records smooth, high-resolution 4K video at 24fps, 2.7K at 60fps, 1080p at 120fps, and 720p at 240fps, accommodating to various scenarios and themes, from peaceful landscape to dynamic sport selfies. It supports RAW image file output (DNG format), and records video at 60Mbit/s.

In addition to the 4K camera, there are also options for mirrorless interchangeable-lens camera and panoramic camera, respectively supported by their own 3-axis gimbals, which can be attached and removed in less than three seconds without tools, thanks to the patented quick release gimbal adapter.

Combined with algorithms and a comprehensive suite of positioning tools, including a GNSS module, as well as advanced optical flow and LiDAR sensors, by receiving data from satellites covering worldwide and multi-spectrum images, Evolve provides better position tracking capabilities with higher precision than drones with ultrasonic and regular visual sensors.