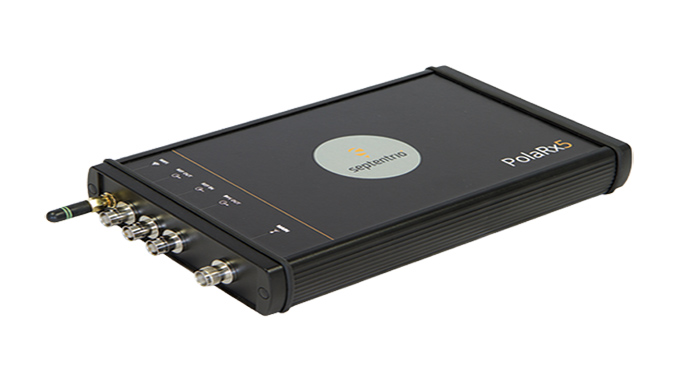 The 5.1.0 firmware release brings greater logging efficiency to the PolaRx5 users. Storage integrity is crucial for many applications. Retransmitting data can be an expensive business, especially when using Iridium telemetry.  To improve archival functionality, Septentrio has developed a storage integrity feature to retransmit only the data which has been lost in the initial transmission. This avoids the common and unnecessary overhead of retransmitting complete files.

Preventing unauthorised access is a crucial aspect of cyber security. PolaRx5 product line is now equipped with firewall and IP filtering, SFTP and ssh keys. This complements and strengthens the user management and access level protection of the PolaRx5 product line.

Various independent tests have shown PolaRx5 consistently ranks highest among GNSS receivers in many areas of measurement quality, including lowest measurement noise and fewest number of cycle slips, and this at the lowest power consumption on the market. The PolaRx5 products offer robust and high-quality GNSS tracking of GPS, GLONASS, Galileo and BeiDou as well as regional satellite systems including QZSS and IRNSS.

Some of those who have recently deployed the PolaRx5 include the Oregon Department of Transport (DOT), UNAVCO, the Jet Propulsion Laboratory (JPL) and the SAPOS CORSnetwork in Germany.

“The 5.1.0 PolaRx5 firmware continues Septentrio’s commitment to its customers.” stated Francesca Clemente, PolaRx Product Manager. She continued: “The new features of the 5.1.0 firmware complement existing standard features of the PolaRx5 GNSS receivers such as Advanced Interference Mitigation technology (AIM+) and the web UI offering full user control and status to make PolaRx5 the most complete GNSS reference station on the market today.”

This firmware is now available on Septentrio’s website and will be showcased at the American Geophysical Union (AGU) Fall Meeting from Monday, 12 December.

To learn more about Septentrio and its products, visit: Septentrio.com.