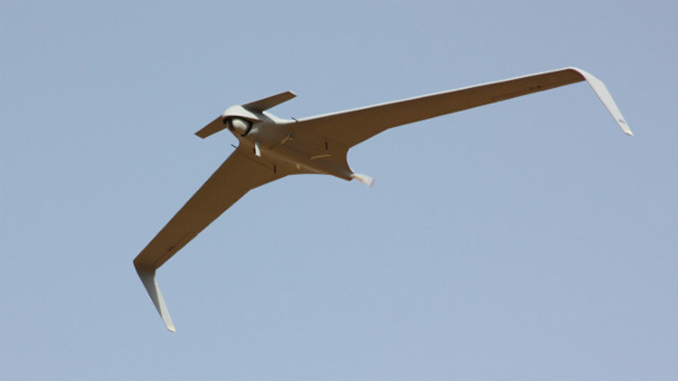 The developmental Aeronautics Orbiter 4 unmanned air vehicle will be able to carry two payloads, which the company says will help it provide better target identification.

These will include an electro-optical and a communications intelligence sensor, which will be able to operate simultaneously. Flight testing of the new UAV is scheduled to take place before the end of the year, ahead of it becoming fully operational in the first quarter of 2017.

“This combination and other features of this system make it a strategic tool,” says Dany Eshchar, Aeronautics’ deputy chief executive.

He adds that unlike other UAVs in the 50-60kg (110-132lb) category that need a surface to take off from, the Orbiter 4 is launched by a catapult that can be mounted on a vehicle. The new variant derives from a family of other operational Orbiter UAVs.

The company is also getting into the small multi-rotor UAV business, and has started to develop a line of systems for military and civil applications.

The company’s PoziDrone subsidiary is currently designing the first systems in this category, and according to Eshchar, this was a decision based on the demand for such systems.

Eshchar could reveal only that the company is looking to develop a UAV that is capable of carrying 75kg at a range of 10km (5.3nm).