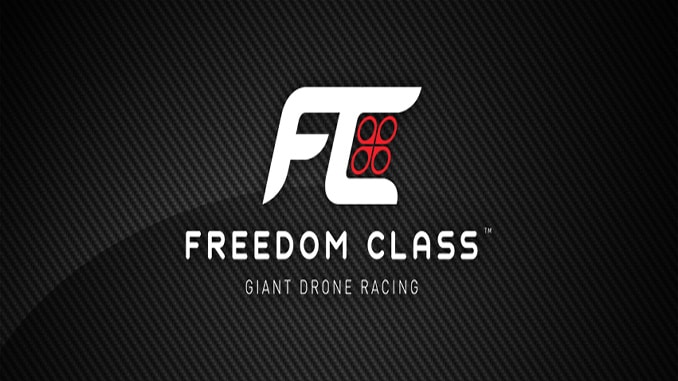 Welcome to the first official update from the Freedom Class Team.

We are excited to be bringing you these regular updates, as we have been getting bombarded via email and social media about where we are up to with our ultimate goal of launching a Giant Racing Drone.

The brainchild of Chris Ballard, Freedom Class Giant Drone Racing is the next evolution in the fast growing sport of FPV Quadcopter Racing, more commonly known as Drone Racing.

Here at Freedom Class Racing, we are aspiring to build drones that are over 1500mm in size, weighing in at around 25-30kg with race speeds in excess of 200kph. Essentially we are creating a whole new class of aircraft.

Over the past 12 Months, the team has worked very hard designing, building and testing various parts and despite many setbacks, we are very close to having a completed and fully functioning prototype. 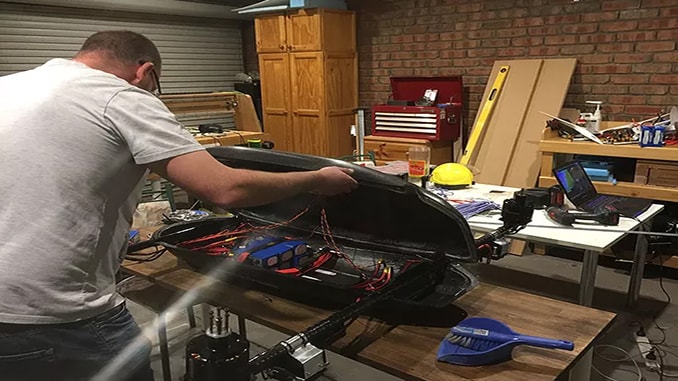 Leonard checking the wiring before the ESC testing

Since our initial test in Tasmania in August, Technical Director Leonard Hall and the team have been working tirelessly and have managed to overcome some major technical issues, mostly to do with the ESC’s (Electronic Speed Controllers).

Our initial testing showed we could maintain control but the ESC’s we were using were not up to the task. We burned out the first ESC while testing without the props and our tests were cut short after our spare ESC burned out during our initial flight testing.  “During our testing, we have found that peek currents can spike as high as 900 A per motor. This meant that the ESC power delivery needs to be very carefully designed to ensure safe and reliable operation.

“We are working with a new ESC manufacture to bring their ESC’s up to standard. We spent a number of days stress testing and adjusting the ESC’s on a test stand and felt confident we were ready to do another flight test. The flight tests were very positive and we were able to get 6 flights before an unknown and unnecessary ESC self-protection feature caused one of the ESC’s to shut down in flight.

“While the in-flight shut down was disappointing we are confident the ESC hardware is more than capable of handling the power we expect from the Freedom Class racing drone.”

As Leonard mentioned, the latest flight test saw a marked improvement in performance.

“Our first test of the day showed good roll and pitch response considering we were using almost default parameters. We saw some oscillation in the roll and pitch axis but we were able to remove this by adjusting some of the PID filter parameters.”

“The next flight showed very smooth control with no oscillation and we were able to test some more aggressive roll and pitch commands.”

“As feared yaw was very sloppy however we were able to make some pid adjustments and bring the yaw control in line with what I would normally expect from a quad using 10-inch props. We were very excited by this as it meant that roll and pitch should be very sharp given the size of the aircraft and exactly what we want for a racing frame.”

Testing was suspended after the ESC issues that were mentioned earlier caused a shutdown which resulted in a crash damaging the props and cracking an arm.

Over the next few months, the team will be working flat out to address the ESC issues and are hopeful of another flight test soon. 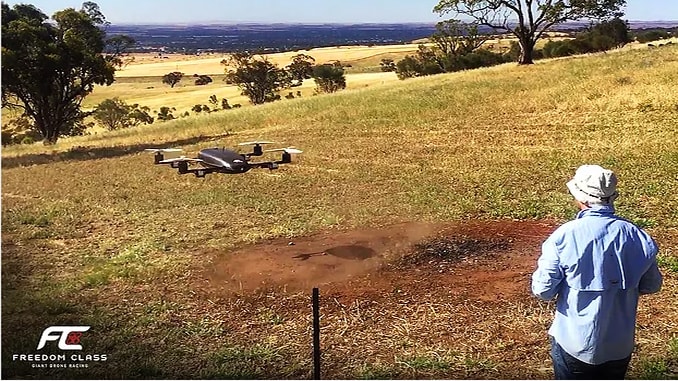 Lastly, we want to say thank you to you for the continuing support. While it may seem like not much has been achieved since our initial test in Tasmania, there is much that has been done behind the scenes that is clearing the path for what we are aiming to achieve.

We appreciate that it’s a long road ahead. Thanks for being a part of the journey.