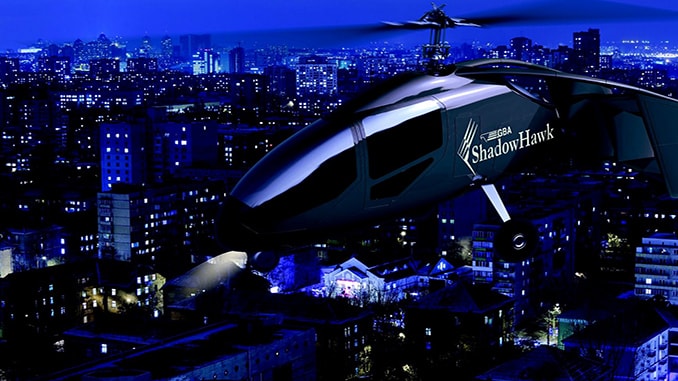 GAC received cash and commitments that are to finance taking the GAC ReconHawk Gyroplane Drone through to production. “We have made this investment because we are confident that applying GAC’s most remarkable technologies and know-how to create affordable vertical takeoff and landing drones, is an investment worth making,” said Mr. Paul Alar, founder of Atlanta-based investment firm West Mountain LLC (www.westmountainllc.com). West Mountain has, over the years, made significant investments into Groen’s sustained autorotative flight efforts. “GAC’s broad knowledge and capability in the advent of uncomplicated, inexpensive, high-performance vertical aircraft gives us high expectations for this to be one of our most important investments,” said Mr. Alar. Until this most recent investment, Mr. Alar’s West Mountain funds have made indirect investments through a separate fund. This time, they are making a direct investment in equity.

By bringing the Gyroplane Platform to drones, Groen Aeronautics Corporation is ready to commercialize its gyroplane technology for the Drone market. GAC has begun the effort that will lead to the production of an Unmanned Aircraft System (UAS) Drone with VTOL capability which will operate at lower cost, higher performance, greater reliability and mission readiness, and greater safety than other VTOL unmanned aircraft. This is because a gyroplane is an airplane that doesn’t need a runway and because it has only a fraction of the complexity of other VTOL aircraft.

GAC’s initial production drone will be ‘optionally manned’ which means a human pilot can fly it to where it needs to be used before it is sent off on its autonomous or remotely piloted mission. This can be far more efficient than disassembling a drone aircraft, crating it, shipping it, uncrating it, reassembling it, inspecting it and test flying it to insure correct reassembly, and then sending it on its mission – all drones that are not optionally manned in this class, would have to go through this.

GAC’s sustained autorotative flight technologies can be applied to important use in aircraft sizes from a highly functional multi-use drone, to light aerial observation aircraft for law enforcement and border patrol, to air-taxi and tour guide 6 to 9 passenger sizes, to multi-engine business transport aircraft in 10 to 16 passengers, to commuter airliner sizes from 19 to 100 passengers – all vertical takeoff and landing aircraft.

“Imagine commuter airliners taking off vertically from an airport the size of a downtown bus station – yes, airplanes that do not need runways! Imagine again, it’s the safest aircraft ever,” said David Groen, the Chairman & CEO of GAC and its predecessor companies. “The creation of safe, reliable, affordable, high-speed, vertical takeoff and landing aircraft is not only our vision, it is our reality.”

GAC is leading vertical innovation, developing a new breed of aircraft destined to bring new levels of convenience to civilian air travel. And, this technology is transformational in meeting the air mobility needs of the U.S. military. These uniquely practical and universally affordable aircraft may become one of aviation’s most profound achievements. In this age of airport overcrowding and tight military budgets, the future of aviation is practical, runway-free operations.

In addition, Mr. George Rudman has now joined GAC’s Management Team as Director of Business Development. Mr. Rudman brings over 21 years of experience in international finance and business development and will be an important member of the GAC team. He will be reporting directly to Mr. Groen in assisting with continued growth of GAC.

Groen Aeronautics Corporation is recognized as the world’s leading authority on sustained autorotative flight with approximately 40 patents issued and several more underway. Powered by a Rolls-Royce gas turbine engine, Groen developed the world’s first commercially viable modern gyroplane – the first “autogiro” to utilize a jet engine – the Hawk 4 Gyroplane. The Hawk 4 was used extensively for security aerial patrol missions for Winter Olympics Games, flying 8 weeks without downtime for maintenance: the only VTOL aircraft used for security for those games that remained mission-ready 24/7.

DARPA, an arm of the United States Department of Defense, awarded a multi-million-dollar contract to Groen to form and lead a team to design a proof of concept high-speed, long-range, vertical takeoff and landing (VTOL) aircraft designed for use in combat Search and Rescue roles. This modern rotorcraft, named by DARPA as the “Heliplane,” was designed to exploit the Company’s sustained autorotative flight scientific knowledge; offering the VTOL capability of a helicopter, the fast forward flight of an airplane, and the safety, simplicity, and reliability of a GAC Gyroplane. Groen successfully completed Phase I of the Heliplane contract meeting all performance requirements: VTOL, fly 1,000 nautical miles at 400 mph carrying 1,000 lbs of payload. The Heliplane could be the next generation rotor wing aircraft, meeting economy, reliability, safety and performance goals not considered achievable by any other type of VTOL aircraft.

Further information about the Company, its products,  is available on the Company’s web site at: GroenAeronautics.com.