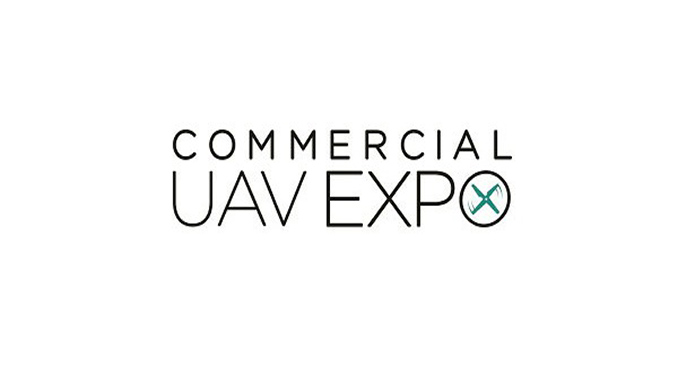 Commercial UAV Expo Hits it out of the Park

With a second successful edition under its belt and widespread enthusiasm for the event on the part of exhibitors, attendees and other stakeholders, the organizers of Commercial UAV Expo are confident the event has secured its status as the definitive conference and expo in North America for industrial drone applications. “The response to Commercial UAV Expo was phenomenal,” said Lisa Murray, Event Director. “By all accounts, the show had the exact right mix of industrial-grade drone technology, serious buyers, education and networking—all designed to support and facilitate the growth of industrial applications of this remarkable technology.”  The event took place October 31st – Nov 2, 2016 at the MGM Grand in Las Vegas.

Matthew Jones, sUAS Operator for Vista Sand, said “I appreciate how the conference is centered around industry professionals currently working with sUAS.  This creates an environment that’s all about learning best practices and techniques as well as giving you a good look at what is in store for our industry.  I truly did learn much more than I had hoped.” Asked what he liked best about the event, Blake Potts, VDC Regional Manage at Texas-based Rogers O’Brien Construction, an ENR Top 400 firm, said, “What gets me most excited is to hear from the people in the “trenches” actually applying the technology.”  1,720 attendees came from all 50 US states and 46 countries. The attendance represents a 15% increase over last year’s event.

Exhibitors, likewise, were very pleased with Commercial UAV Expo. As evidence, the organizers booked more than one-third of the exhibit space for next year’s event at this year’s event.  “A high booking like this is indicative of satisfaction with the quality and quantity of attendees and potential for sales,” said Ms. Murray. “Many exhibitors couldn’t even make it to their scheduled appointments because they were so busy with prospective customers. Of the ones who did, many increased their space to be able to accommodate all the people interested in their products.” A whopping 96% said they met their sales objectives for the show. She added that next year’s exhibit floor is larger than this year’s, making the re-booking figure even more impressive.

The exhibit floor grew to 170 booths in 2016 from 130 booths in 2015, an increase of 31%.  Over one quarter of exhibitors came from countries outside the US. In addition to the airframe companies, software developers, component suppliers and service providers in the exhibit hall, the floor was abuzz with flying drone demonstrations during the duration of the event in a specially-built drone “cage,” allowing attendees to see drones in action.

Kevin Corbley, a communications professional who was asked by a European client to help with booth duty at the event, said in a report, “The exhibit hall was packed throughout the first full day and well into the second, keeping everyone busy. At times in my client’s booth, there were five of us answering questions from attendees while more people waited their turn to speak with us.” He mentioned that another exhibitor stated, “There are two types of attendees at this show. Those who use drones for commercial applications now, and those who are going to.” Ira Dvir, whose company Agrowing exhibited, said he especially liked the highly focused nature of the event and said that top personnel from many leading companies were in attendance.

Like the exhibit floor, the education program was singularly focused on industrial uses for drones. The keynote lineup featured these six visionaries:

Next year’s North American event will take place October 24-26, 2017 at The Westgate in Las Vegas. But there will be another show before that.  In her opening remarks, Lisa Murray announced Commercial UAV Expo Europe, which will launch in June 2017 in Brussels. The news was very well received; more than a dozen companies signed on as “charter” exhibitors. “We’re delighted to be the ones bringing a dedicated event focused on industrial drone applications to the European market.” said Ms. Murray. “We have strong relationships with key industry leaders throughout Europe, having operated geospatial events in Europe and the United States for more than 15 years. Commercial UAV Expo Europe will follow the format of its North American sister event, delivering top-notch education and technology for decision-makers from large enterprises in the vertical industries with the greatest growth potential for UAS.”