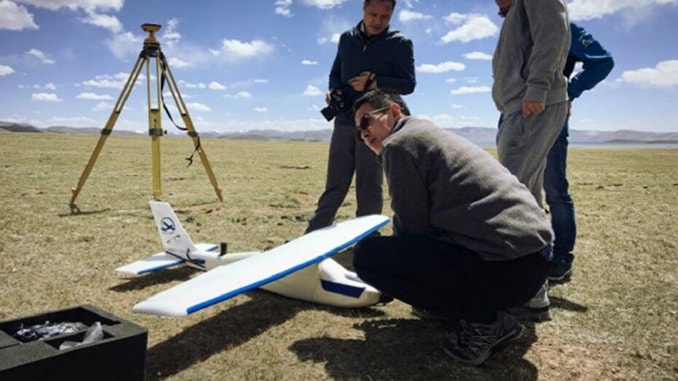 Intel’s Anil Nanduri, head of the drone business, said in an interview with VentureBeat that the startup has best-in-class flight-planning software. It may seem odd for the world’s biggest chip maker to acquire a drone software maker, but Intel is serious about being a leader in the drone market, which can produce a vast amount of data for Intel-based computers to process in data centers.

Nanduri said that Intel is positioning itself to provide the compute, sensor, communications and cloud integration for the growing drone ecosystem. With this transaction, Intel is gaining expertise in flight planning software algorithms and fixed-wing drone design capabilities, he said.

The MAVinci team has 20 employees, and it is based in St. Leon-Rot, Germany. It will be part of Intel’s New Technology Group reporting into the UAV Segment Group, led by Nanduri, vice president and general manager of UAV Segment within Intel’s Perceptual Computing Group.

“This is for commercial use,” Nanduri said. “They focus on precision payloads for construction and inspections. They have best-in-class mission planning software for terrain mapping. You can very quickly create a mission for a specific job.”

MAVinci will collaborate with Ascending Technologies to expand Intel’s business with commercial customers in the agriculture, insurance, construction, and mining industries.

Overall, Intel sees a lot of potential for drones in consumer and commercial markets. The machines use Intel’s components, such as its Aero drone development and RealSense camera technology. On top of that, Nanduri said, drones can produce a huge amount of data to process.