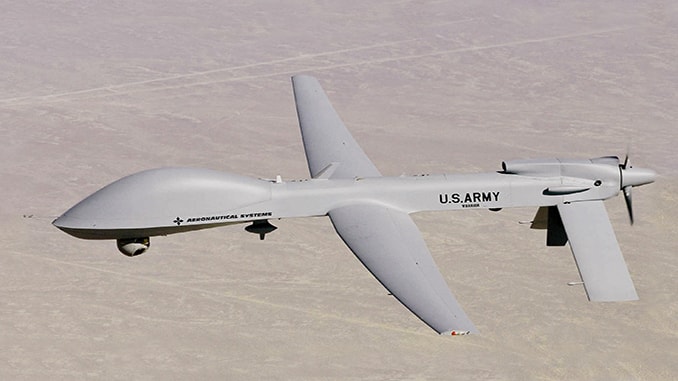 The Army received one bid for the cost-plus-incentive-fee contract through an online solicitation and obligated $74 million in fiscal year 2017 funds at the time of award, the said Friday.

Work will occur at a company facility in Poway, California, through Oct. 23, 2017.

The Gray Eagle is based on the Predator unmanned aircraft system and designed for persistent tactical reconnaissance, surveillance, target acquisition and attack missions.

General Atomics’ aeronautical systems business developed the Gray Eagle to operate for as long as 25 hours at an altitude of up to 29,000 feet as well as to carry nearly 1,075 pounds of internal and external payload such as electro-optical/infrared, synthetic aperture radar, communications relay, and four Hellfire missile systems.

PrecisionHawk Announces Partnership With Ruralco And Launch Of Australia Office